Following an initial launch on other platforms back in March, today’s update for Dragon Ball XENOVERSE 2 on the Nintendo Switch enables the long-promised “Photo Mode”: 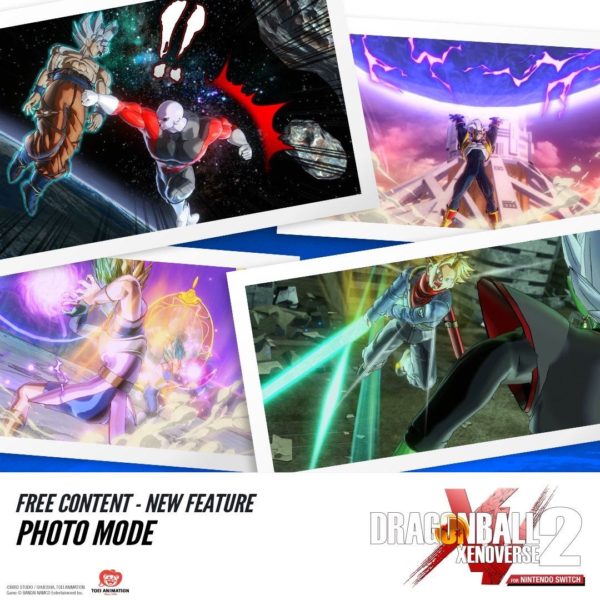 Players will find a new “Photo Mode” robot in Conton City which will allow them to set up battles and pause for specific camera framing and embellishments. The photo mode is unique to this glorified menu option in the city, and is not accessible during regular matches.