Dragon Ball Z: Battle of Gods, the first animated theatrical release in 17 years of the globally-popular comic, will be the first-ever Japanese film to be screened at IMAX Digital Theaters. Greg Foster, Chairman and President of IMAX’s Filmed Entertainment division, stated:

We are very proud of having been able to partner with Akira Toriyama, a pioneer among manga creators, in bringing the first-ever Japanese film to IMAX Digital Theater screens.

With its fast-paced action scenes and eye-popping visuals, we are certain that Dragon Ball Z: Battle of Gods will be perfect for the IMAX experience.

The film is planned to screen at all 16 IMAX Digital Theater locations across the country. 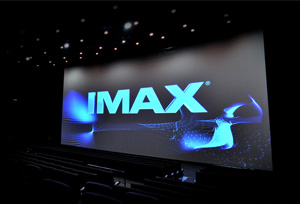 IMAX is a high-resolution format used for theatrical and special types of video presentations. Most features made with IMAX in mind are also made with smaller screen presentations in mind, since not every theater or screening house will be capable of presenting the material in such a format.

Thanks to our buddy kei17 for the heads-up!

5 Comments
Connect With Us
Support Us
Your support for Kanzenshuu is what keeps us going. You can help by donating to us directly, or by shopping online at certain retailers through our affiliate links below. Every bit counts and helps contribute to our server fees and bringing you new site content, reviews, and contest items.