The complete teaser for the upcoming 2015 Dragon Ball Z movie, initially shown in segments just the other day on Mezamashi TV, has been added to the movie’s official website at d2015gw.com:

Most notably, after Shenlong provides his usual spiel about granting a single wish, the video contains a new quote in text:

There’s someone I want you to revive

Adjusted text from the initial V-Jump reveal is also included: 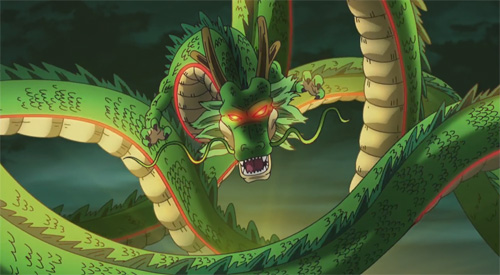 The as-of-yet untitled film will debut in Japan during “Golden Week” next year. Original manga author Akira Toriyama is heavily involved with the script and character designs, while series veteran Tadayoshi Yamamuro will also serve as director.