The official Dragon Ball website’s eighty-sixth entry in “The Nearly Complete Works of Akira Toriyama” — an on-going series highlighting rare and important pieces of the author’s work over the years — is the cover from the inaugural July 1993 issue of Shueisha’s V-Jump magazine, released 25 years ago this month: 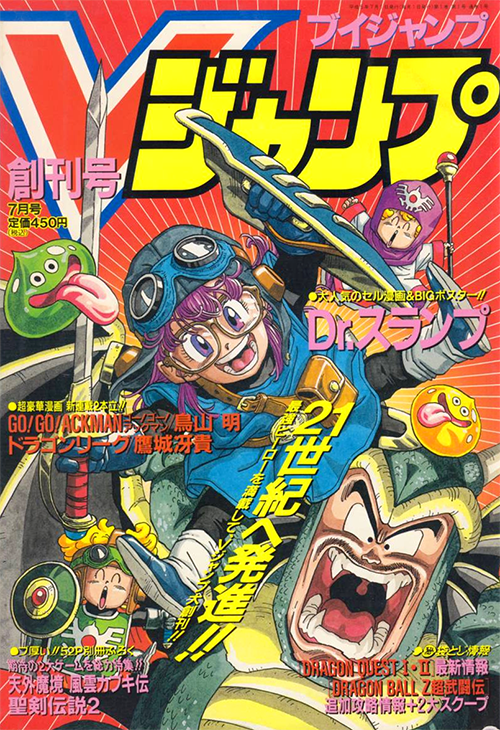 The cover features the cast of Toriyama’s Dr. Slump series cosplaying characters from the video game Dragon Quest II, which was receiving a remake alongside the first Dragon Quest on the Nintendo Super Famicom that December as Dragon Quest I & II.