Two new interviews have been added to our “Translations” archive: those with Dragon Ball Super: Broly director Tatsuya Nagamine and animation supervisor Naohiro Shintani, both coming from the “Super Edition” of the film’s Japanese theatrical attendee program book. 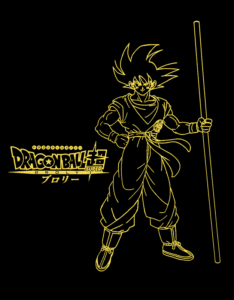 Tatsuya Nagamine
Regarding the direction of the film, Nagamine discusses letting the animators go loose, working with the character of Broli (who had previously been handled by his mentor Shigeyasu Yamauchi), and the process of (not!) consulting with Toriyama himself:

The only time I spoke with [Toriyama] directly was at the film’s screening number zero (an initial private screening for staff members), so I actually didn’t consult with him at all before starting production on it. So I took his script itself as his message saying, “just do it right.” When I was in charge of the Dr. Slump: Dr. Mashirito and Abale-chan film, I created an animated version that didn’t leave out even a single panel of his original work, and it was my personal mission to use that same method this time around, trying not to change lines or add things if possible. However, realistically speaking, I had to make everything fit into a 100 minute timeframe, so… there were lines like, “Yes, Lord Freeza” where I would cut off the “Yes” and leave it as just “Lord Freeza” (laughs), and I shaved off small bits here and there. It couldn’t be too jam-packed though; it needed room to breathe, and I took care to make sure the overall mood of his script remained, along with leaving his nuances and Toriyama-isms intact as much as possible. That was what I felt was the best way to handle his screenplay, and I went about creating the film with that in mind.

Naohiro Shintani
Regarding the designs for and animation in the film, Shintani discusses being selected to work on the film, the particularities he paid attention to, and receiving corrections from Toriyama on the designs for Broli and other characters:

For Cheelye and Lemo, I basically drew them to be as faithful to Toriyama’s designs as possible. Broli was a different story, though. The only designs I received were up to him wearing his armor, and it gave off a very different impression than the Broli of the past. Personally, I had a very strong image of Broli based on the previous movies, so I created my own design for him at Full Power from scratch. I just had the urge to see him lose his shirt and run wild at the end. Toriyama had stated that he didn’t want him to be overly macho, so I aimed to make him look as huge as possible, yet still within the confines of not going overboard with it.

Both interviews have been archived in our “Translations” section.