Following the initial reveal back in March, and in conjunction with this week’s June 2019 issue of Shueisha’s V-Jump magazine, a short promotional video for Son Goku (GT) has been released showcasing some of his special moves, including a bonus super move seeing the character transform into Super Saiyan 4 when teammates have been defeated: 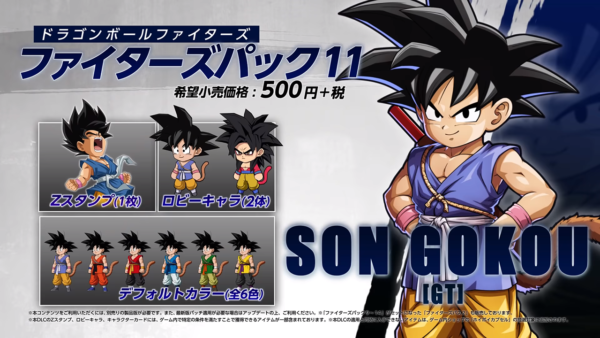 The character will be made available next month individually for ¥500/$5, or as part of the game’s optional $24.99 “FighterZ Pass 2” covering six total characters. 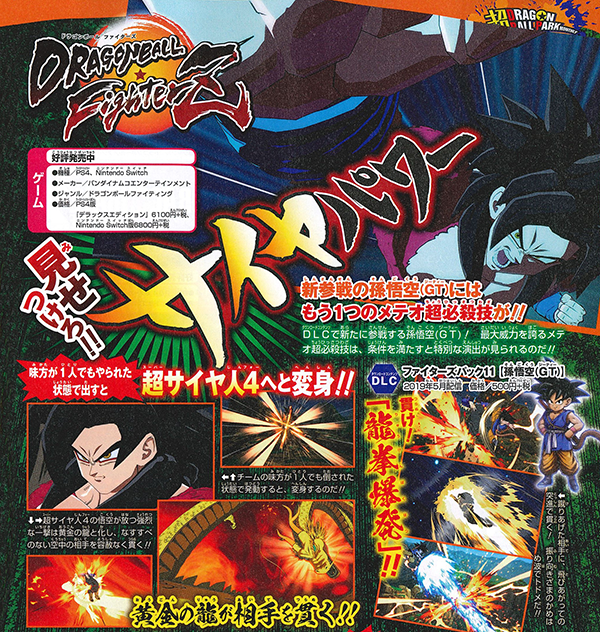 Dragon Ball FighterZ was originally released 26 January 2018 in North America and Europe, and 01 February 2018 in Japan. Alongside its Japanese release, Bandai Namco announced that they had shipped two million copies of the game, making it the fastest-shipping game in the franchise’s history. The game shipped on the Nintendo Switch back in September 2018.