Overlook Events will bring the “Dragon Ball Symphonic Adventure” orchestral concert to America beginning 27 March 2020 in Chicago, with additional dates and locations to be announced. 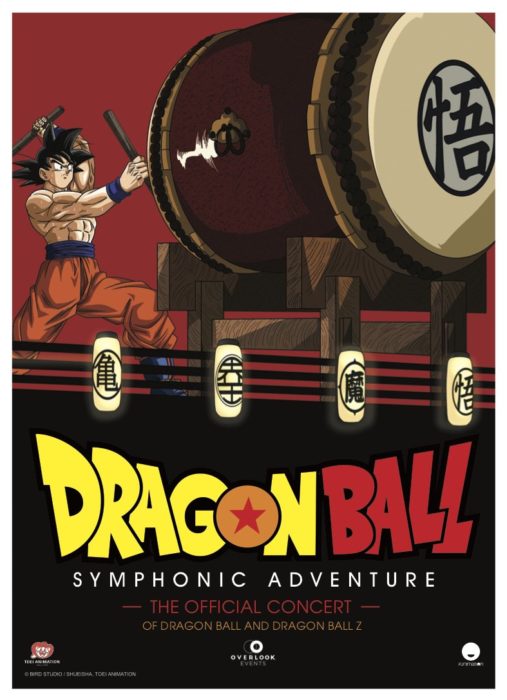 Based on its Narrative Symphonic Experience concept, Overlook Events mixes a symphony orchestra with rock instruments, live vocals, sound effects and light synchronized to a compilation of Dragon Ball video excerpts projected on giant screens, following a strict narrative – to create the “Dragon Ball Symphonic Adventure.” The result is a concert experience that achieves a musical and technical mastery still very rare in an industry dominated by cinema-concerts.

Overlook describes their creative process: “As great enthusiasts of Akira Toriyama’s saga, we spent long months carefully selecting and analyzing each scene to draw out the essence of the Dragon Ball story. While reconstructing each arc, each scene was thoughtfully set to new orchestrations of the classic music, to align with our Narrative Symphonic Experience concept. Nothing was left to chance. Now, we invite you to enjoy every minute of this concert experience, from the opening trumpet notes heralding the first transformation of Son Goku, ready to unleash his uncontrollable fury against the mighty Frieza.”

Tickets for the premiere performance of “Dragon Ball Symphonic Adventure” will go on sale at 10am CST on November 15, 2019 via Ticketmaster at http://bit.ly/DBSymphonicAdventure.

The event has run several times in various European locations since 2017 with a 60+ member orchestra performing tracks from Shunsuke Kikuchi’s original Dragon Ball and Dragon Ball Z musical score, along with vocal performances from Hiroki Takahashi.