Evil Resurrected: Dark King Fu is Born!
As the fierce fight rages in the Time Rift, the Universe Tree suddenly turns to stone. The roots of the Universe Tree had been erased via Super Shenlong, summoned by the Gods of Destruction. As Super Fu trembles in rage at his plan being foiled, Towa and Mira appear before him. Towa presents him with a crystal that belches out a blackish Darkness Factor, which envelopes Super Fu…

The instant the Darkness Factor is incorporated into Super Fu, a new overlord emerges, cloaked in an eerie aura like shimmering heat…

Vegetto Blue is in the heat of battle. While evil energy pours into the petrified Universe Tree, a red flash suddenly runs across the sky, and a super-warrior surpassing the limits appears…!

Right here and now, an intense battle swirling with chaos and flashes starts with a bang! 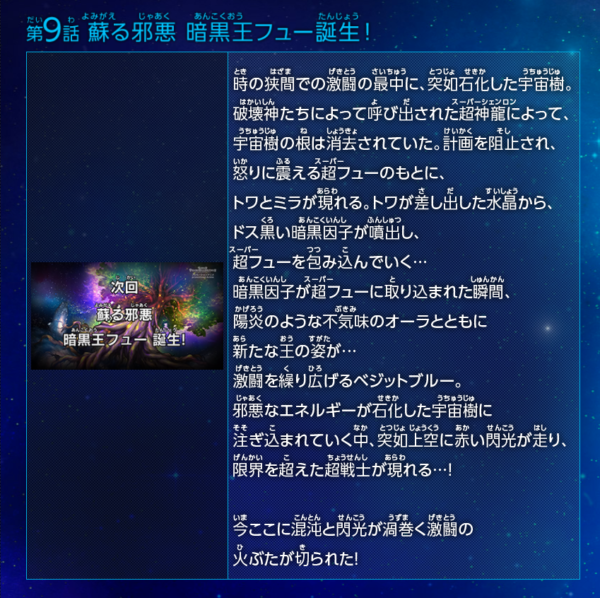 The episode will debut this weekend at Jump Festa ’21 Online.