The latest additions to our “Translations” archive come in the form of five congratulatory comments shared during a live stream back in October of this year celebrating Dragon Ball Heroes‘ 11th anniversary: 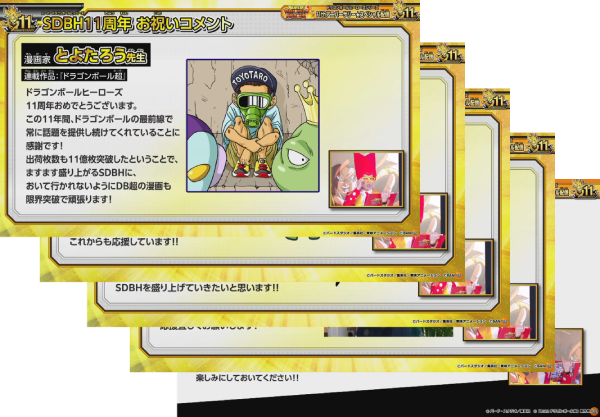 These comments have been added to our “Translations” archive. Enjoy!