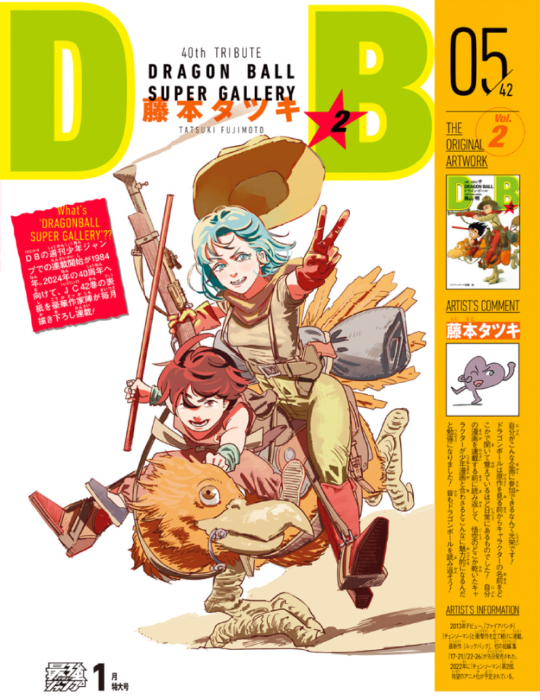 I am honored to be able to participate in this project! Dragon Ball was such a part of everyday life that I remember having heard the names of the characters somewhere before ever having read the manga, to the point I memorized them! Before serializing my own manga, I went through the entire series again, and it was really helpful for me to see how putting this sort of “dry” character in a shōnen manga would make it so appealing. I suggest you read Dragon Ball again yourselves!

Saikyō Jump is currently a monthly magazine published in Japan by Shueisha under the “Jump” line of magazines. The magazine began as a quarterly publication in 2012, went monthly in 2013, went bimonthly in late-2014, and returned to a monthly format this fall (including a digital release for the first time). The magazine’s focus is spin-off and supplementary manga series aimed at a young audience, while also including game promotions, news coverage, and more. The magazine currently serializes content such as Yoshitaka Nagayama’s Super Dragon Ball Heroes: Big Bang Mission!!! and the Dragon Ball GT Anime Comic. For calendar year 2019, Shueisha reported Saikyō Jump‘s circulation down at 130,000, with readership as 58.5% upper elementary school, 28% lower middle school, 11% middle school, and 2.5% high school or older.