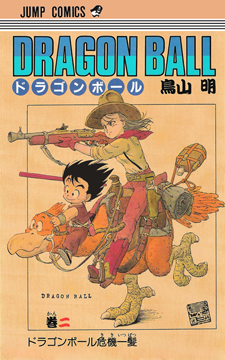 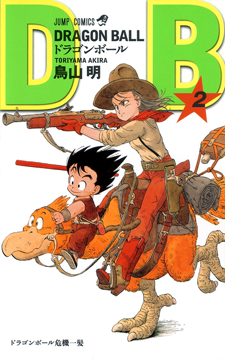 A Critical Moment for the Dragon Balls

EN
JP
新年あけましておめでとうございます。…というわけで23歳の正月に漫画デビューした僕も、30歳の正月を迎えてしまったわけです。すっかり漫画家さんに、なることができました。なにしろこの商売はたいへんでして、仕事があれば寝る時間もないぐらい忙しく、なければ途方に暮れて寝るしかない…とったぐあい。忙しいのは大キライだけど途方には暮れたくないので、僕は、がんばってます。
Happy New Year. …Which means that I, who made my debut in comics at my 23rd New Year’s, have now come to my 30th. I’ve thoroughly managed to become a “real” cartoonist. Anyhow, this is a tough business: it seems like, if you’ve got work to do, then you’re so busy that there’s no time for sleep, but if you don’t have any work, then you don’t know what to do with yourself, and there’s nothing to do but sleep. I really hate being busy, but I also don’t like not knowing what to do, so I’m doing my best.

This volume compiles chapters 12 to 24 as originally serialized in Weekly Shōnen Jump, covering issues 1985 #12 to 1985 #24. All chapter title pages shown below are those included in this volume. The chapter premiere dates listed below are based on the sale date of their respective issue of Weekly Shōnen Jump, which is when that issue officially went on sale. 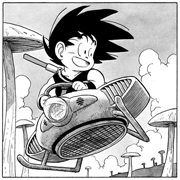 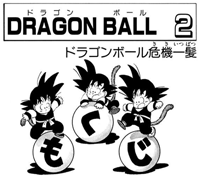