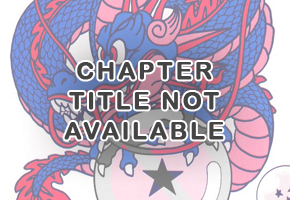 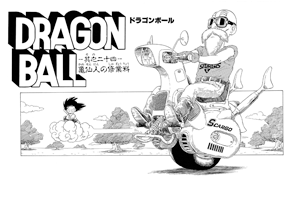 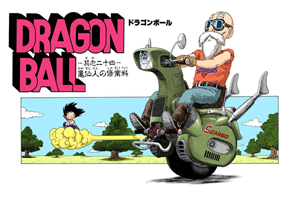 The Price of Kame-Sen’nin’s Training

Goku continues riding on Kinto-Un until he gets to his house, where he changes clothes and packs a few things. He’s hungry, but he figures Kame-Sen’nin will probably have food. Finally, Goku arrives at Kame House, but Kame-Sen’nin is too busy watching his workout show to notice. Goku yells out “GRAMPS!!” right in his ear, and then tells him he’s here to train. Kame-Sen’nin says he’s busy right now, and Goku complains about being hungry, so Kame-Sen’nin points him to the refrigerator. Goku notes that the food’s in this weird box that’s cold on the inside and begins to devour it all.

Kame-Sen’nin’s show ends and he goes into the kitchen to find that Goku has eaten all of his food, even the butter. He says that was a whole week’s worth of food. He asks Goku why he came, and Goku says that they’re done finding the Dragon Balls, so now he wants to train like he promised. Goku says he also brought his futon, but Kame-Sen’nin wants to know if he brought that pafu-pafu girl. Goku says she went home to the city and Kame-Sen’nin is disappointed to hear this.

Kame-Sen’nin starts to get dressed up for the girl (puts on a slick suit and a new turtle shell), breaks out some champagne, and puts in a cassette tape. Time passes, and Goku finally returns. Kame-Sen’nin excitedly runs outside and finds that the girl Goku has brought back is enormous, wearing a jumpsuit, and has barbell weights. As Kame-Sen’nin looks on in horror, Goku happily says that she’s healthy. 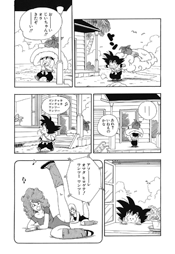 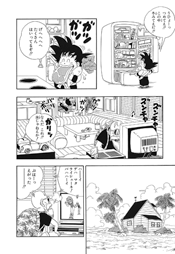 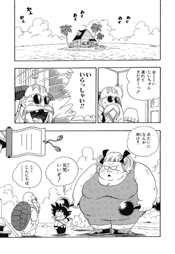