Crunchyroll — having effectively absorbed the FUNimation brand at this point — has announced a forthcoming complete, limited edition, steelbook version of the Dragon Ball Super television series on Blu-ray set for release 20 September 2022. 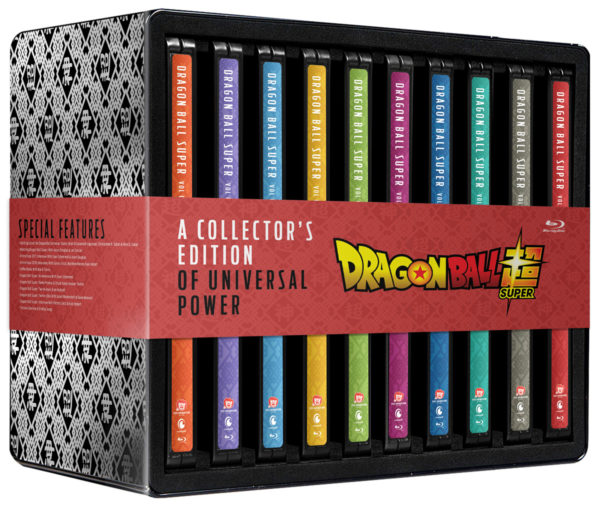 After defeating Majin Buu, life is peaceful once again. However, new threats begin to loom one after another. From Beerus, the God of Destruction, to the resurrection of Frieza, foes from across time and space step up to face Goku and his friends.

The set will retail for $199.98 MSRP, and is currently available for pre-order at Amazon and RightStuf (the latter of which features a hefty discount down at $149.99).

Though other international editions have compiled the full series, this forthcoming release marks the first all-in-one set available in America following FUNimation’s prior, individual “Part” releases.