We know that this month’s “Part 7” of the “refreshed” Kai series is definitely still on its way from FUNimation, and we now have confirmation that the eighth and final “part” is due out 05 June 2012: 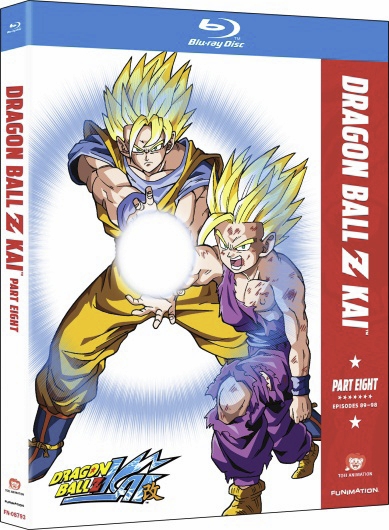 At this point, all that is left for FUNimation to do is continue back with the “season” format to replace these two-disc sets.

“Part 8” is confirmed to include the 98th episode of the “refreshed” series, which was also a DVD/Blu-ray exclusive in Japan due to last year’s preempted TV programming due to the earthquake and tsunami disaster followed by Toriko taking the series’ time slot.