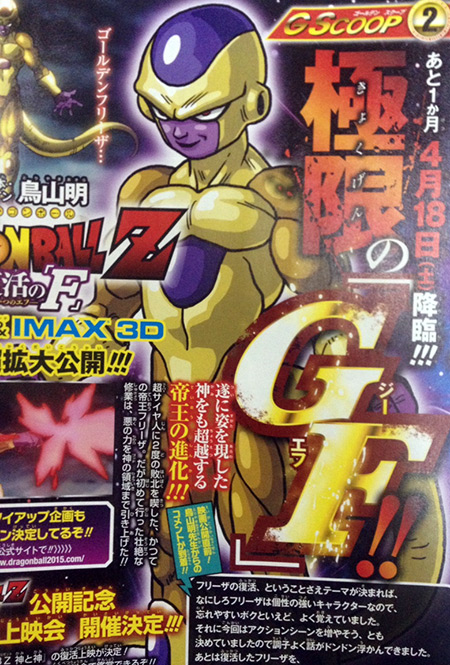 A quote from Akira Toriyama is also included, explaining how his script for the new movie came together:

Once the theme, of Freeza’s resurrection at the very least, was set, since Freeza is an extremely distinct character, even a forgetful person like me remembered him well. Plus, this time I had also decided to increase the amount of action scenes, so more and more story ideas came easily. All I had left was [to decide] how to upgrade the rejuvenated Freeza. Luckily, the characters of Beerus and Whis, who I took some hints for from the scriptwriter for the last movie, Battle of Gods, stood out plenty already. Combining these [elements] together, the story was completed smoothly, which is rare for me. All those animators probably had a super tough time of it, though. (laughs) If you were to enjoy watching it, I would truly scream with delight! Kyaa! (an old man’s scream)