Mister Donut’s “Kids Set” are a popular menu item among children that comes with a donut, drink, and special gift. For the duration of this promotional campaign the gift included with the set will be Dragon Ball Super themed, split into two rounds. The first round will begin with the promotion’s debut on 20 July 2018 and feature a movie-themed “Tsuyoiko Glass”. The second round will begin 08 August 2018 and feature a promotional Super Dragon Ball Heroes card.

The announcement also notes that a limited number of free box sets and stickers will be available at certain store locations and will be given to those purchasing the above promotional items. 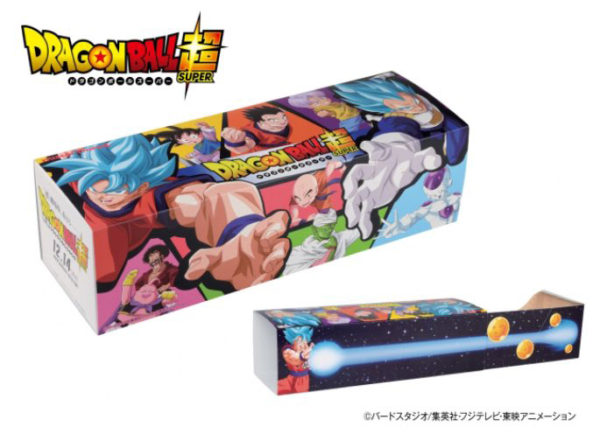 The story, script, and character designs for Dragon Ball Super: Broly, opening nationwide in Japan 14 December 2018 in 2D, IMAX, and MX4D, are being crafted by original manga author Akira Toriyama. The film will be directed by Tatsuya Nagamine, and will feature animation supervision by Naohiro Shintani along with art direction by Kazuo Ogura.