Rematch with Formidable Foes! Tullece and Bojack!”
Goku and the others give chase to Fu under Tokitoki’s guidance. On the planet they arrive at, formidable past enemies, strengthened by Fu’s power, block the way. At the same time, Goku: Xeno and the others, conducting their own mission, encounter a mysterious man going by the name of “Dr. W”… 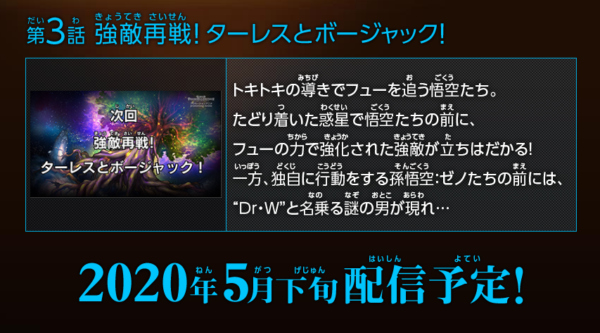