Epic Showdown in Hell! A New Janenba!
Son Goku: Xeno and Vegeta: Xeno face off against Janenba, who was reborn by the hand of Dr. W. As they are forced into a tough fight against Janenba, who is saturated with the power of Super Saiyan 4, Goku appears from across dimensions, having been engaged in other activities in pursuit of Fu & co. But when Janenba is blown away by the fists of the two Gokus, two shadows plunge down from the sky accompanied by a gust of wind…!! 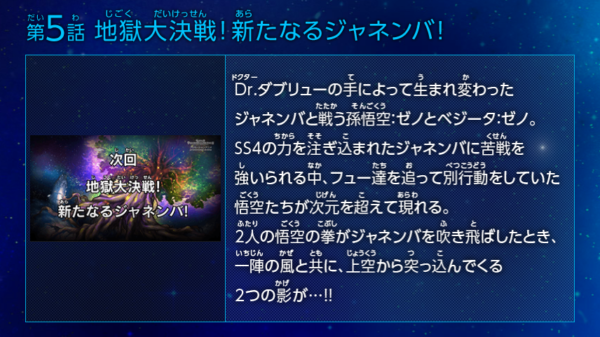