A Creeping Shadow! The Mysterious Dr. W!
As Goku and friends engage in a fierce battle with Tullece and Bojack, an ominous black light unleashed by Dogi-Dogi rains down upon them. Meanwhile, Son Goku: Xeno and Vegeta: Xeno battle Dr. W. In defiance of the attacks they make against him, Dr. W continuously evades them. What could be the goal of this fearlessly grinning man?! 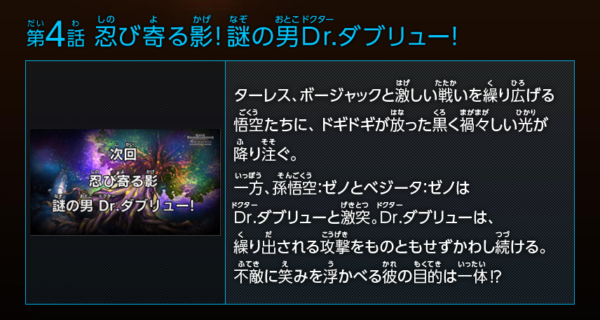