Fierce Battle in the Time Rift! Vegetto vs. Super Fu
The Time Patrollers who were taken away by Towa’s doing learn of her true goal. Meanwhile, Goku and Vegeta’s fierce battle against Fu unfolds.

Up against Vegetto, who had fused in order to go up against Cumber’s black aura, Fu transforms into Super Fu.

As these machinations intersect with one another, suddenly a blinding light radiates from the Universe Tree… 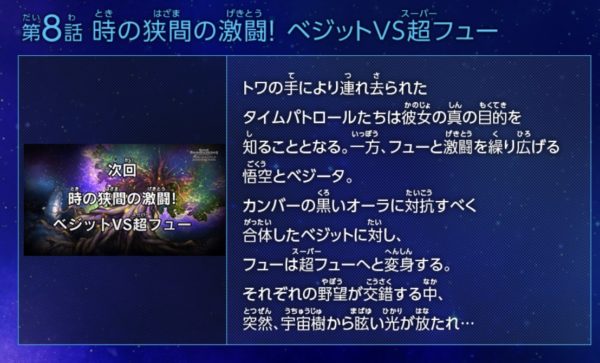 While an exact date for the episode’s release is not specified in the announcement, the series is currently slated for monthly episode releases.