Each month, Toyotarō provides a drawing of a Dragon Ball character — as well as an accompanying comment — on the official Japanese Dragon Ball website. Following up on the wealth of characters already drawn, for his November 2020 entry, Toyotarō has contributed a drawing of Gregory. 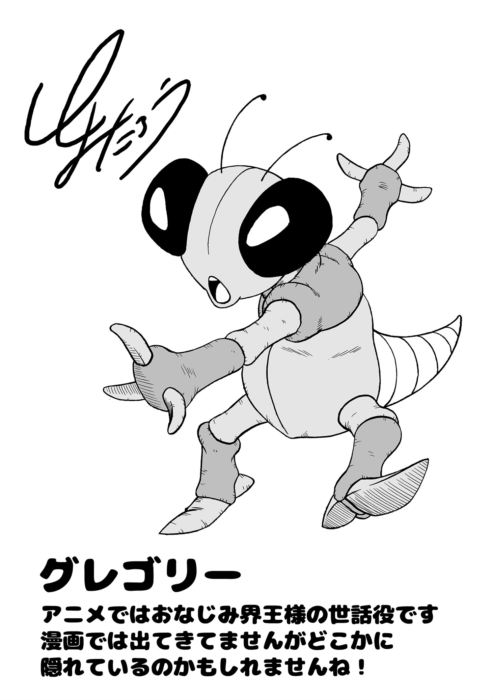 He’s Kaiō-sama‘s caretaker who you’ll know from the anime. He doesn’t appear in the comic, but maybe he’s just hiding somewhere!

Gregory was an original creation for the Dragon Ball Z television series, designed by Akira Toriyama himself at the request of Toei Animation, who asked him to develop one more character for the events during Goku’s training at Kaiō’s.