The latest additions to our ever-growing “Translations” archive come in the form of four comments from the Dragon Ball & Dragon Ball Z Daizenshuu. Don’t confuse this with the guidebook series of the same name — what we’re pulling from here is the Dragon Ball franchise’s (at the time) largest CD set, released in 1994 covering a wide swath of the series’ vocal songs and background music across its five discs. 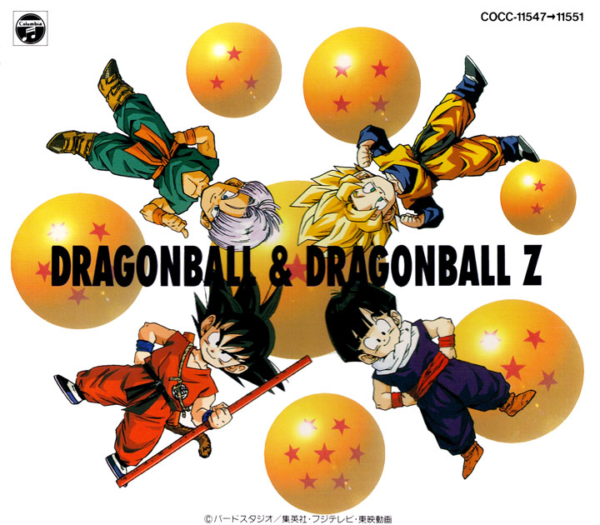 Son May — one of the largest Taiwanese bootleg operations of the day — released their own unlicensed version of the Dragon Ball & Dragon Ball Z Daizenshuu, which was complete and comprehensive enough to trick many an unsuspecting fan into believing it was a legitimate product. Alas, the Son May version did not include the full packaging of the original Columbia Japan release, nor did it replicate the enclosed booklet in its entirety.

Kanzenshuu is currently producing a complete translation of the entire original Columbia Japan Dragon Ball & Dragon Ball Z Daizenshuu booklet, with most of it already complete and added to the respective — and ever-forthcoming — wiki pages. This booklet translation includes commentary of the background music suites, including their usage, placement, M-numbering, and more.

As part of this complete translation, we are separately and pre-emptively releasing here the aforementioned four comments: those of Yū Hayakawa, Kōzō Morishita, Shigeru Miyashita, and the late-and-great Shunsuke Kikuchi.

Each of these comments have been added to our “Translations” archive. Enjoy this peek into the production of Dragon Ball‘s music!