In conjunction with today’s (21 November 2022) January 2023 issue of V-Jump magazine, Shueisha has announced that the Dragon Ball Super manga — which has been on hiatus since the publication of its 87th chapter back in August — will resume next month in the magazine’s February 2023 issue (set for release 21 December 2022) with the brand new “Super Hero arc” (スーパーヒーロー編). 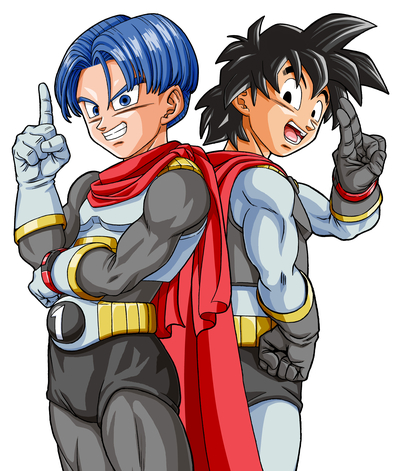 A new key visual is provided for Goten and Trunks, who are said to have become heroes protecting the peace. The V-Jump announcement clarifies that this new story arc will in fact depict the events of Dragon Ball Super: Super Hero “starting from prior events”. 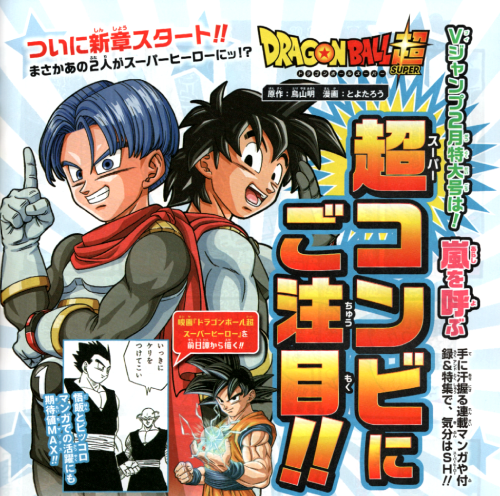 Illustrated by “Toyotarō” (in all likelihood, a second pen-name used by Dragon Ball AF fan manga author and illustrator “Toyble”), the Dragon Ball Super manga covered the Battle of Gods re-telling, skipped the Resurrection ‘F’ re-telling, and “charged ahead” to the Champa arc, “speeding up the excitement of the TV anime even more”. Though the television series completed its run with the Tournament of Power, the manga continued onward, moving into its own original “Galactic Patrol Prisoner” and “Granolla the Survivor” arcs. The events of the 2018 theatrical film Dragon Ball Super: Broly were not adapted in their entirety, but rather acknowledged as having occurred through a single-page transition in chapter 42, as well as through a bonus chapter in the Jump Victory Carnival 2019 Official Guidebook.

Viz releases free digital chapters of the series day and date with the series’ publication in Japan, and began their own collected print edition back in 2017; the company’s seventeenth collected volume is due out in December 2022.