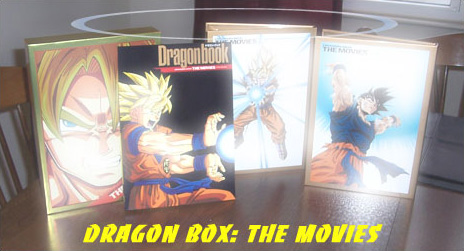 And it got delayed.

And now it is here.

The fifth and final “Dragon Box” has seen its release, and fanboys across the world were actually able to afford this one. That includes us.

For the uninitiated, the “Dragon Box” releases are expensive DVD box sets released in Japan by Toei Animation. They are quasi-remastered (“extremely touched-up” is probably the best way to describe it), progressive, Region 2, entirely in Japanese, have no subtitles, and are primarily aimed at the Japanese market of consumers who grew up with the show and now have the disposable income to spend on it. 2003 saw the beginning of the releases with the first Dragon Ball Z “Dragon Box” (episodes 1-147), followed by the second Dragon Ball Z TV Dragon Box, the Dragon Ball TV Dragon Box, and the Dragon Ball GT Dragon Box. All that was left was the movies. Here it is!

We are going to set this up as a “blog”-style feature page. There is simply too much to read, translate, take pictures of, edit pictures of, and type up. It would be impossible to do it all at once, so we will do it in bits and pieces as we get to it.

The e-mail from Amazon Japan has arrived in my inbox. The Dragon Box has shipped. Included is the tracking number. Two to five days.

Getting ready for work, I check my e-mail and then the tracking number. At 1:31 am, it entered Ohio. At 2:31 am, it had completed its checking and sorting.

April 14th @ at work during the morning 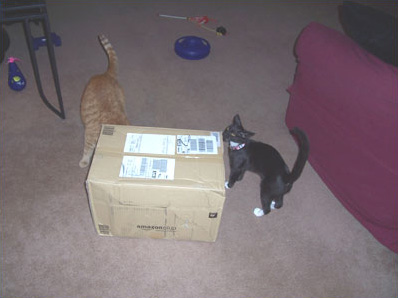 The cats are completely enthralled with the idea of having a new box to sniff at and walk around. Unfortunately for them (or possibly quite fortunately), there’s a ton more cardboard to come out of here. It’s opening time! Cut, cut, cut, cut… 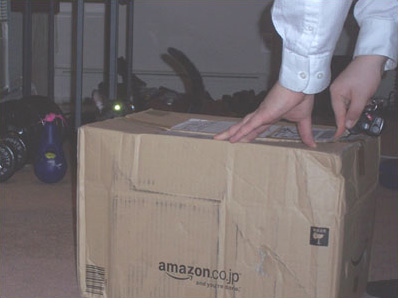 Hey, there’s a box inside a box! Boy, will there be more… 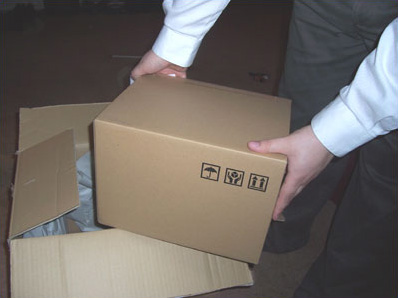 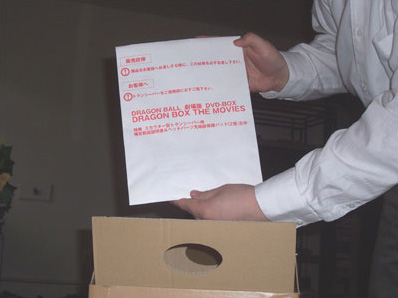 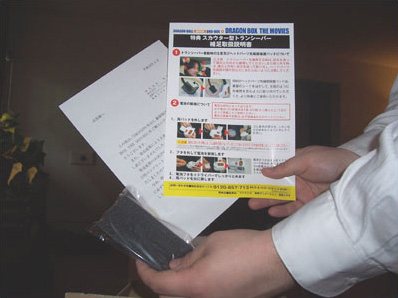 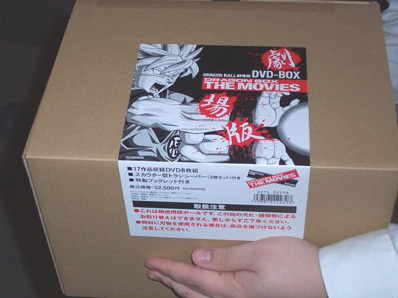 By this point, Tara is more than amusing herself. 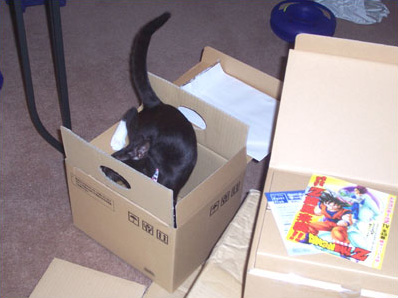 Nothing wrong with a little shameless self-promotion. 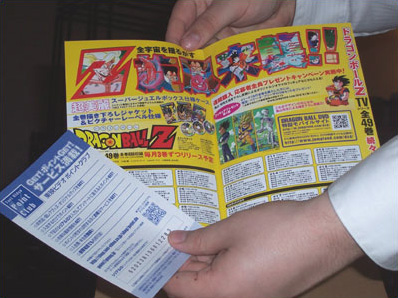 Now we’re getting into the good stuff. The real deal. 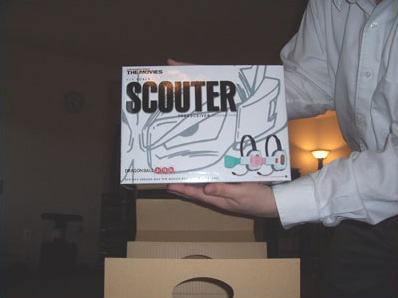 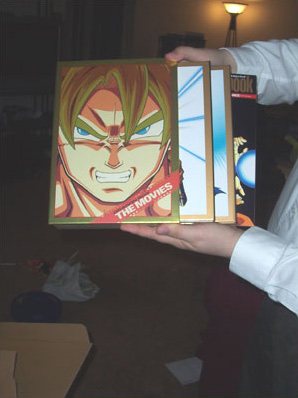 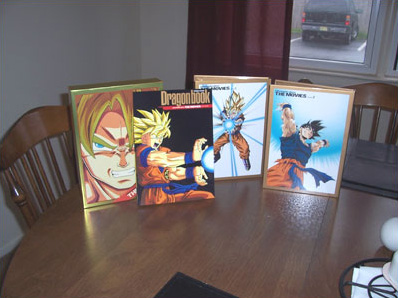 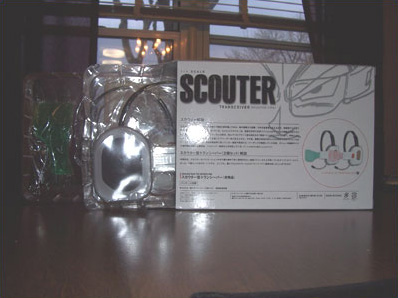 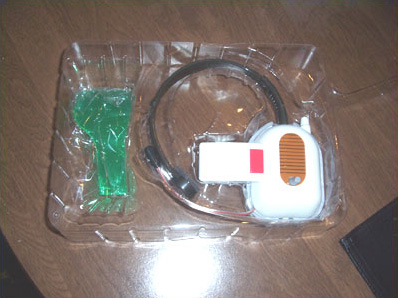 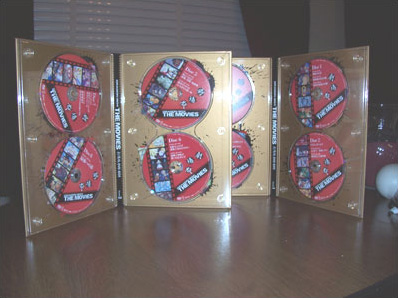 And there you have it. Let’s take a closer look at the book and DVD case covers. 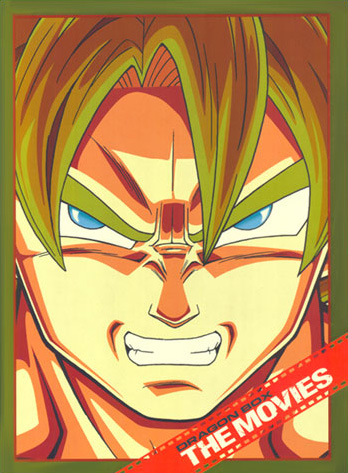 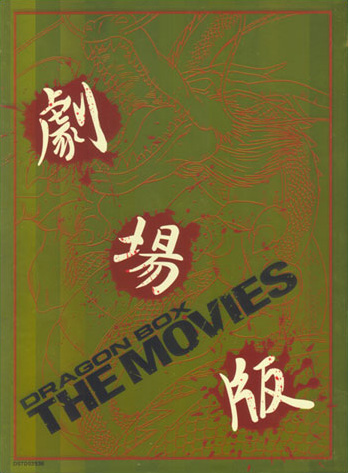 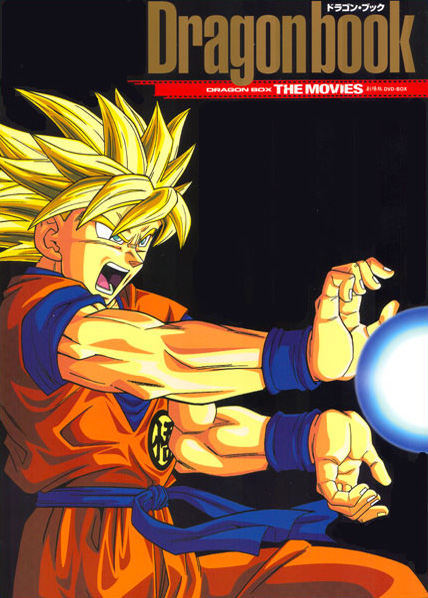 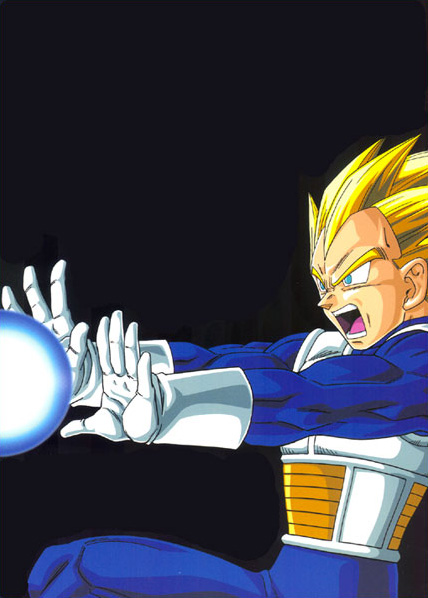 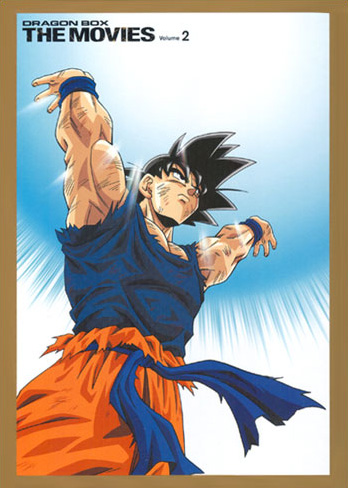 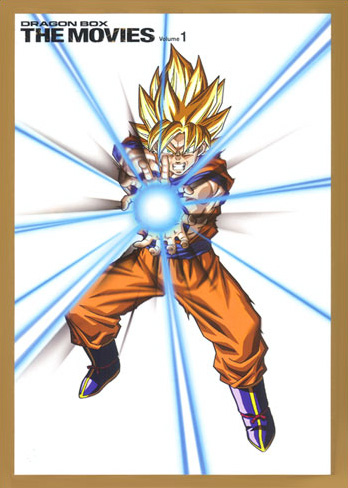 Phew. Now that I’ve updated the site, let’s break down the movies per disc in case you don’t know:

We played around with the scouters for a bit earlier today. That’s right, it comes with two scouters. They each take one 9-volt battery. Luckily, we just happened to have a couple sitting around. I hurt the Hell out of my thumbs trying to pry the gray plastic part over the edge so I could get to the screw to in turn put the battery in. In the end, I was able to do so. You don’t get much in the way of ANYTHING unless you pull out the antenna at least a little bit. Like a standard walkie-talkie, you hold the button to talk. Pretty neat. We haven’t done much in the way of distance… just from different rooms of the apartment. 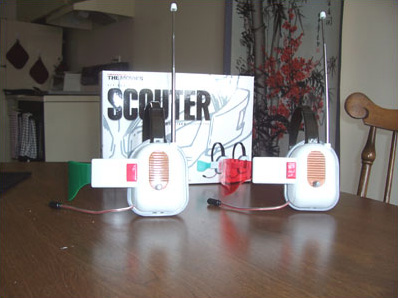 And now the horror story. Yesterday I had only been tossing the discs in on the JP PS2. Now, I haven’t done much with the PS2 DVD software… because it’s crap. I didn’t bother switching it over to letterbox, so it was playing the anamorphic video stretched out to full-screen. So today I dug out the old DVD player that I had hacked to region-free, and threw in a disc. Amazingly, the “OPEN” button on the front of the player magically worked again… but it kept trying to load the disc and rebooting. And rebooting. And rebooting. Before it could accept the “OPEN” command. Uh oh. Movies 12 & 13 are now stuck in the player. 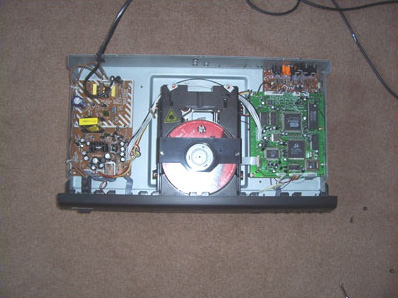 So I busted out the screwdriver again and tore the damn player apart. I was eventually able to pry / force the disc out without destroying it, so I was happy. I then immediately went back to the PS2s. I loaded up the DVD software on both the US PS2 and the JP PS2, so I could compare menu options. I found the option for switching from stretched to letterboxed, and I am now happy. OK, I’m not completely happy since the PS2 DVD player is complete and utter crap, but it’ll hold me over for a little bit until I get all the other hardware around the house sorted out.

Finally got around to sitting down and watching one of the movies. Started out with movie 13, since we haven’t seen it in a long while (oh fansub, where are you?!), and… err… it’s very pretty, and very good. Man, what a sexy transfer. Absolutely gorgeous. The sound is amazing, as well. 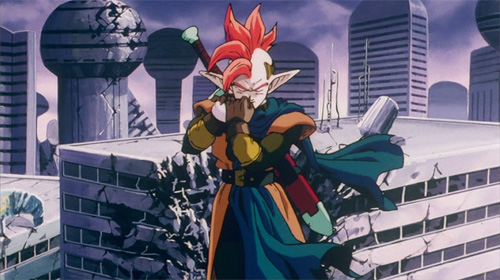 After a nice walk outside, we plopped on the couch to check out DBZ movie 1. We really enjoy this movie for its fantastic music (tons of which was later used in the TV series), its great in-between DB & DBZ animation style (everyone’s so nice and round!), and its great color scheme. Lots of nice deep colors. Once again, I found myself in utter shock at how gorgeous everything looked. Bright colors, distinct outlines, pristine audio, etc. It was just an absolute pleasure. I decided to do a quick comparison of all three releases of the movie (the original joint-FUNimation/Pioneer DVD from 1997, the so-called “Ultimate Uncut Edition” re-release from FUNimation last year, and now the Dragon Box release). Click the image below for a full-sized comparison (PNG). Other than adjusting the aspect ratio and adding a border, nothing was done to the images. No filtering, no color adjustments, etc.

I can’t wait to watch some more movies and do more comparison screen shots! Some folks in the chat and forum are doing their own, as well, so be on the lookout for those!

It’s been a while since we put anything up, so let’s keep going! Right now we want to share a comparison image from DBZ movie 7. Rather than a side-by-side like the above DBZ movie 1 image, this one’s a single image chopped in half. On the left is the Dragon Box version, and on the right is the FUNimation version. Notice the distinct different shades of colors in each respective version. You’ll also be hard-pressed to not notice all the rainbows going on in the FUNimation version (check out Trunks’ hair), as well as all the grain in the sky. Also notice how FUNimation’s version seems to be zoomed-in slightly towards the lower area. Click the image below for a full-sized 720×480 lossless version. 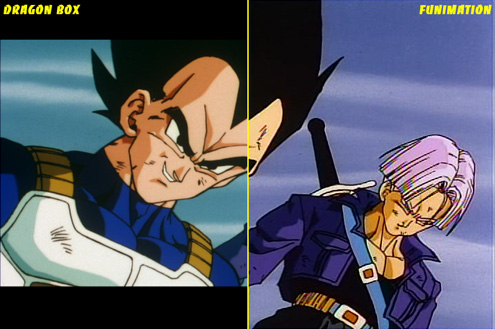