Online retailers have begun updating their listings for the eleventh Dragon Ball Super home video box set in Japan, covering episodes 121-131, completing the “Tournament of Power” in the Universe Survival arc, and wrapping up existing the television series: 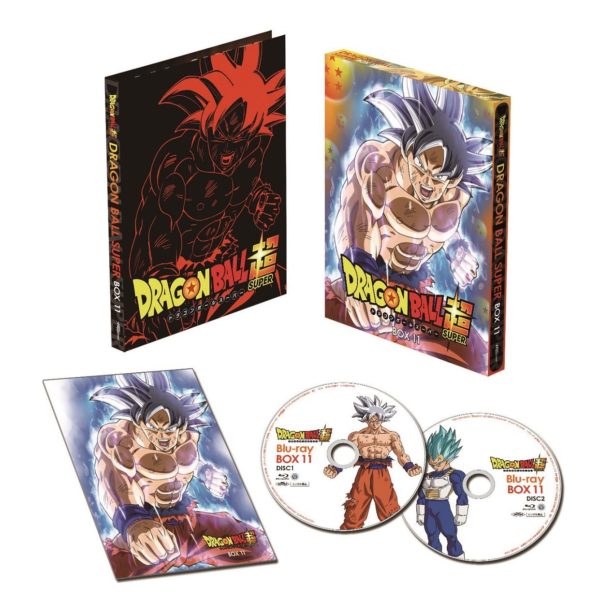 The disc label art features Son Goku in his “Ultra Instinct” state. As with previous releases, the box set will come packaged with a special booklet. On-disc extras will include a creditless version of the series’ eleventh ending theme song, “LAGRIMA”. Toei and Happinet have been releasing the series on DVD and Blu-ray box sets of roughly 12 episodes each, all of which are cataloged in our “Home Video Guide“.

The Dragon Ball Super television series concluded in March 2018 with 131 total episodes. FUNimation owns the American distribution license for the series, with the English dub airing on Cartoon Network, and the home video release reaching its fourth box set next month.