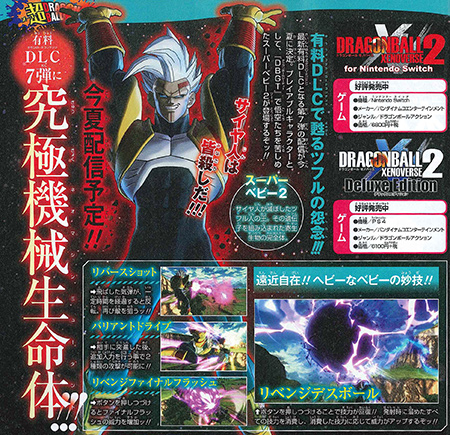 The character’s techniques are set to include:

Super Baby 2 is the transformed state of the Baby-infected Vegeta from the 1996-1997 Dragon Ball GT television series. Though the Great Ape version of Baby Vegeta has made several recent appearances — including within the XENOVERSE series itself — Super Baby 2 was last made a fully-playable, standard fighting game appearance in 2008’s Dragon Ball Z: Infinite World on the PlayStation 2. In 2016, Super Baby 2 was added to Dragon Ball Z: Extreme Butōden on the Nintendo 3DS as an assist character.