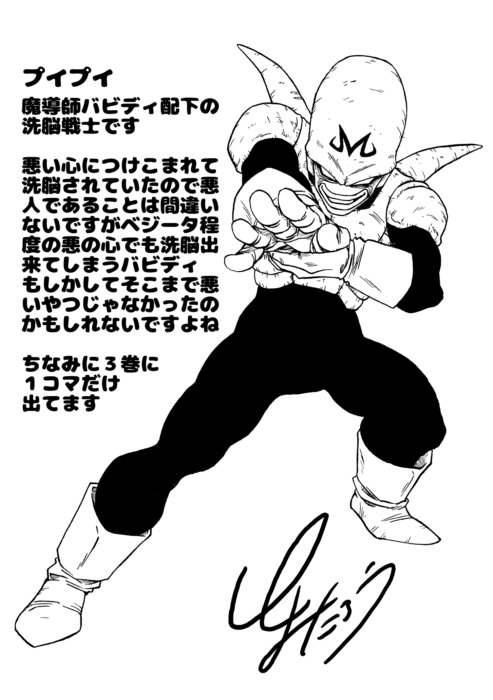 He’s one of the mind-controlled underlings of the sorcerer Bobbidi.

Since he was taken in by his wicked heart and mind-controlled, there’s no doubt he’s evil. But, given Bobbidi could control someone with only Vegeta’s level of evil, maybe he wasn’t such a bad guy after all…

Incidentally, he appears in a single panel in volume three.

Pui-Pui briefly appeared — dead! — in a single panel in chapter 16 of the Dragon Ball Super manga. Pui-Pui’s name (likely derived from the phrase chichin-puipui in Japanese) is localized as “Pocus” in Viz’s English translation of the Dragon Ball manga. 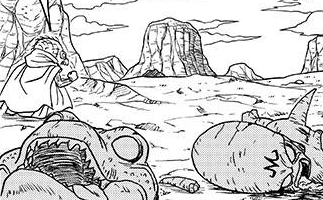