The latest addition to our ever-growing “Translations” archive is the second part (of three total) from a panel held at “Unite Tokyo 2019”, a video game development conference that brings current and past developers together for a series of meetings and lectures. This particular panel featured three massive names in the field of Dragon Ball, licensing, and video game development: Kazuhiko Torishima, Daisuke Uchiyama, and Shin Unozawa. 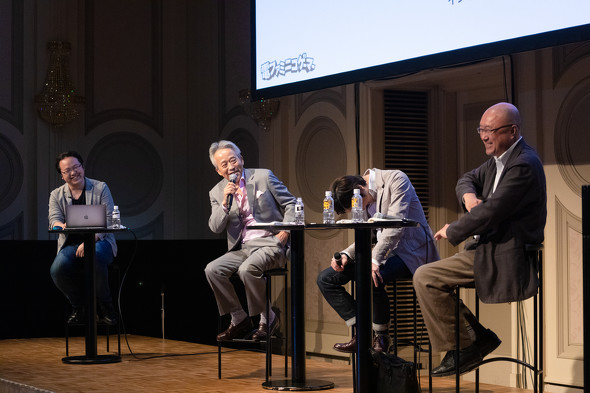 This second part of the panel extensively explores the production troubles behind the first Dragon Ball Z video game developed for the PlayStation 2 (released internationally under the “Budokai” title), including a substantial issue where the Jump editorial board — Kazuhiko Torishima himself included — had no idea what was in development and, as a result, forced the developer to scrap all existing work on the project.

With our translation of this panel alongside a series of game development-related interviews in 2016’s Super History Book, we hope to bring even more of a critical eye and wealth of (factual!) citations to enrich fandom’s understanding of Dragon Ball video games and their ever-changing development cycles. Much like the larger franchise as a whole, Dragon Ball games have so many preconceptions, misunderstandings, and false assumptions around them, and we are excited to bring some of these sources to light.

This particular panel serves as an underlying basis for one of our most recent “Rumor Guide” additions: “The Budokai Video Games Held Back Story Content Due to the English Dub Being So Far Behind”

For now, enjoy the translation of the second part of this “Unite Tokyo 2019” panel series (alongside the first part if you have not already read it!), and please look forward to more!