The Japanese term for battle power is sentō-ryoku (戦闘力). There are quite a few different ways you could translate this, including “combat power”, “fighting strength”, “battle force”, etc. However, FUNimation’s English dub of the anime and Viz’s English translation of the manga both use the term “power level” (though Viz also switches between various other translations of the phrase, most prominently “battle strength”). “Power level” isn’t too far removed from a literal translation of the phrase, but it is different enough that it’s somewhat odd for it to be used in both the FUNimation dub and the Viz manga, since there are many differences between the naming scheme each uses. In fact, the phrase “power level” was used on Dragon Ball merchandise as far back as 1991, when the “Super Battle” series of Dragon Ball Carddass cards came out. The value of each card was called by its “power level” (the phrase was written in English) that varied from 1 to 12, and then finally Max, used for the strongest cards. While it’s merely speculation, it does seem probable that the use of the phrase “power level” on these cards could have influenced its use later in the English adaptations of the series. The phrase “power level” was even used in the English-speaking fandom as far back as Curtis Hoffman’s manga summaries during the series’ serialization in Japan, which are some of the earliest detailed information on the series available in English. 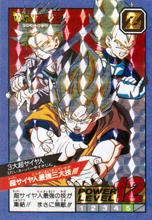 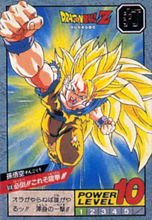 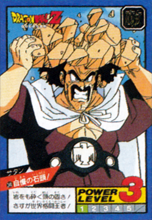 The first Dragon Ball Carddass daizenshuu notes that “BP” indicates each card’s battle power (sentō-ryoku), and elsewhere refers to it as representing attack power (kōgeki-ryoku). Despite associating “BP” with the battle powers from the main series, even going so far as to base the “BP” of some character cards off of what was originally stated in the series (such as the Saibaiman card, with a BP of 1,200), it seems that the “P” in this case stands for “Points”. An explanation on page 38, listed under the heading “Points”, explains “BP” in addition to the “DP” system used for the later cards (“DP” standing for “Destructive Power/Points”). Interestingly, the phrase “Battle Points” is used a few times outside of the Carddass cards as a synonym for battle power. The Weekly Shōnen Jump issue with the feature on Coola and the Armored Squad noted that Coola’s “Battle Points” were immeasurable once he reached his final form. Perhaps most famous is the insert song “Battle Point Unlimited”, used in episode 120 of Dragon Ball Z for Trunks’ Super Saiyan transformation during his fight with Freeza. 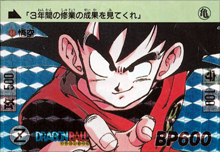 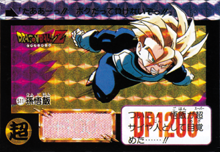 Nevertheless, to get back to the subject of “battle power” in translation, the earliest translation of the term was actually provided by Toriyama himself, in a throwaway detail from the manga. In chapter 209, as Bulma checks out Kuririn with her converted scouter, she notes that it says his battle power is 206. On the scouter’s screen we see the number 206 (partially cut off by Bulma’s speech bubble) and above it “FIGH”, presumably short for “FIGHT” or perhaps “FIGHTING”. It seems likely that “FIGHT” is meant as an English translation of the sentō in sentō-ryoku, though unfortunately thanks to Bulma’s speech bubble getting in the way we don’t get to see what if anything Toriyama intended as the translation for the entire phrase. Interestingly, in the anime Bulma’s scouter displays the word “FIGHT” and nothing else. Also notable is that in Dragon Ball Z movie 7, when No. 14 scans Goku, we see the English phrase “Power Level” in his analysis screen with no visible numbers indicating any actually battle power.

So when all is said and done, both “battle power” and “power level” have been used on various pieces of merchandise, including clothing. Ultimately, which one you use is a matter of personal preference, though since we’re kind of persnickety here, we go with the more literal translation of “battle power”. 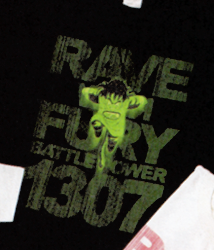 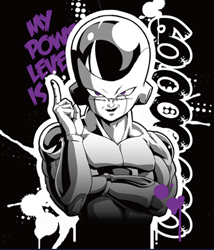