The “Full Color” version of the Dragon Ball manga reached the end of its storyline earlier this month with the print-version release of the fourth, fifth, and six volumes in the Majin Boo arc.

The third volume from last month started up a new Q&A session (following up on previous ones, such as the great tidbits from the Cell arc volumes), but did not contain much in the way of exciting new information. This month’s releases are a doozy, however! All three sessions have been fully translated and have been archived over in our (appropriately enough!) “Translations” section.

Click through to read each in their entirety, or see below for a sampling of the most revealing new tidbits, such as more about Bibbidi and Bobbidi’s dark magic along with a name for Mr. Satan’s late wife…! 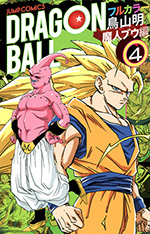 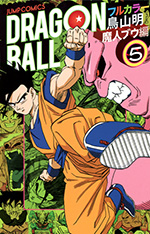 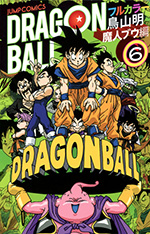 The Act of Fusion

It’s hard, but they can!
I think it’s possible to merge no matter the conditions, as long as it all goes well. I even think it’s possible for a larger number of people. However, since it’s quite hard for both parties to strike that delicate balance, it’s very difficult for two extremely different people to fuse. In that sense, synchronized swimmers would probably be really good at Fusion. By the way, there are many different types of Fusion, and the kind Goku learned is the one for increasing battle power.

The Birth of Bobbidi

Bibbidi split in two!
Rather than a child, he’s more like Bibbidi’s doppelganger. He’d split up whenever there was anything difficult for just a single person to do. He could increase the number of doppelgangers even more, but his magical powers would weaken in proportion. Now that Bibbidi is dead and Bobbidi has become the only one, he’s regained all the original magical power.

Satan’s wife was a beautiful singer named Miguel!
Since she was named “Miguel (archangel)”, during their marriage a big fuss was made about how “an angel is marrying a devil!”

10 Comments
Connect With Us
Support Us
Your support for Kanzenshuu is what keeps us going. You can help by donating to us directly, or by shopping online at certain retailers through our affiliate links below. Every bit counts and helps contribute to our server fees and bringing you new site content, reviews, and contest items.