Shunsuke Kikuchi, incidental/background music composer for the original Dr. Slump: Arale-chan and the Dragon Ball and Dragon Ball Z television series and films, has passed away at age 89 from aspiration pneumonia. 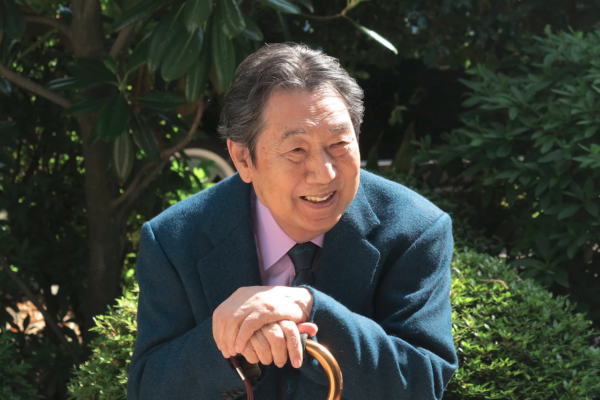 Kikuchi’s work on the Dragon Ball franchise has resonated with fans and helped shape the franchise for decades, subsequently appearing in works such as the Japanese versions of the Sparking! and Raging Blast series of video games in the 2000s, as well as being used in the 2008 Jump Super Anime Tour special (“Heya! Son Goku and Friends Return!!”). Following the removal of music by Kenji Yamamoto, selections from Kikuchi’s original score were placed back into the initial Saiyan, Freeza, and Cell arcs of the “refreshed” television series Dragon Ball Kai, originally aired from 2009-2011. An ongoing “Symphonic Adventure” series of orchestral performances toured Europe in 2017 and 2018, with a 2020 American performance unfortunately cancelled due to ongoing COVID-19 concerns.

Most recently for Dragon Ball, selections from Kikuchi’s vast catalog of work have been made available as downloadable content for video games such as Dragon Ball XENOVERSE 2 and Dragon Ball FighterZ, as well as being featured extensively in the score to last year’s Dragon Ball Z: Kakarot.

In addition to the countless contributions across the aforementioned Akira Toriyama series, Kikuchi’s prolific work extended to franchises such as (but not limited to) Tiger Mark, Doraemon, Gamera, and Kamen Rider.

In 2015, Kikuchi was awarded the “International Award” from the Japanese Society for Rights of Authors, Composers (JASRAC), given to the domestic work with the most income generated by payments from foreign licensees. That year, the score to the Dragon Ball Z and Dragon Ball TV series took the #1 and #10 spots, respectively, with the scores to Dragon Ball Z generating payments from eleven foreign countries, including Italy and the United States.

As part of a cast and staff Q&A alongside the first “Dragon Box” DVD release in Japan in 2003, in response to a question about what he might wish for with the Dragon Balls, Kikuchi responded he would wish for, “…a peaceful world without lies or violence.”