How Many Galaxies Are There?

One point of confusion regarding the larger Dragon Ball universe is the number of actual galaxies. There are four Kaiō, with each governing their own cardinal direction galaxy and a Dai Kaiō to oversee them. However, there are also four Kaiōshin that appear to perform a very similar role, although they also additionally oversee the afterlife portion of their cardinal direction. Similarly to the Kaiō, the Kaiōshin are overseen by the Dai Kaiōshin. Is this overlap necessary? Are the Kaiō and Kaiōshin truly overseeing the same areas? Are there actually more locations and directions to take into consideration?

In the Original Series

The first time galaxies are mentioned in the series is during the discussion between North Kaiō and the Namekian Elder during Super Saiyan Goku and Freeza’s battle on Planet Namek. Up until this point in the series Kaiō had simply been referred to as “Kaiō”, with no indication that anyone else held that title. As the guide oni who took Goku to the Serpent Road explained in chapter 205, Kaiō “stands above all the gods in the universe”. However, later in chapter 323 Kaiō introduces himself to the Eldest as “the Kaiō of the North Galaxy” (北銀河の界王; kita-ginga no kaiō), at the time implying that there may be Kaiō of other galaxies. Since there is no real plural in Japanese, “North Galaxy” could also be interpreted as “North Galaxies”.

It is not until the Majin Boo story arc that Kaiō’s line is further expanded upon. While Goku trains in the afterlife for the 25th Tenka’ichi Budōkai, the South Kaiō arrives to observe his training. Rather than “galaxies”, the South Kaiō refers to “Areas” (エリア; eria). Goku is said to be the first or second strongest warrior from the North Area, and South Kaiō mentions his own South Area. It is not clear how these “Areas” relate to galaxies. Earth is also said to be in the North Area, so areas are not just some division for the afterlife, but also the living world.

Shortly after South Kaiō appeared in the manga (chapter 428; published 29 June 1993), all four Kaiō appeared in the Afterlife Tournament filler arc, which premiered 28 July 1993. It is explained in this story arc that there are four Kaiō who rule the North, South, East, and West Galaxies, respectively, and in Dragon Ball Z episode 196 the character of Olibu explicitly says that there are four galaxies. So despite the ambiguous phrasing in the manga, the Dragon Ball Z anime clearly depicts each Kaiō as being in charge of one galaxy, making for a grand total of only four galaxies in the universe. Naturally, this is at odds with real world science, but can be seen as just another example of how Dragon Ball is a fantasy series, in keeping with the way these fictional galaxies (however many there may be) are all stuck inside the bottom half of a gigantic crystalline sphere, directly below Hell but above the Demon Realm.

As indicated in the Dragon Ball Z: Son Gokū Densetsu guide book, Akira Toriyama was fairly involved in this Afterlife Tournament filler story arc, as he drew a map of the Dragon Ball cosmos for the first time so that it could be used for this storyline and personally provided Paikuhan and the Dai Kaiō’s character designs. In fact, the Dai Kaiō is mentioned in the Dragon Ball Z TV series about three months prior to any mention of him in the manga. It is not until Shin’s true identity is revealed in chapter 440 that Piccolo explains that the Dai Kaiō is the one who stands above the four Kaiō. This would seem to imply that Akira Toriyama was involved in coming up with the back-story for the Kaiō for these filler episodes.

In the Guide Books

While the series-proper establishes that the four Kaiō rule over designated galaxies or “Areas” of a cardinal direction, Akira Toriyama’s map of the Dragon Ball world does not use either of these terms, but instead only lists the universe as being divided up along the four cardinal directions. As with the manga, there are two possible ways to interpret this: either there are four cardinal galaxies that are also called “Areas”, or there are four cardinal “Areas” which each contain many galaxies. All official guide books that cover the topic — such as Daizenshuu 7, Dragon Ball Z: Son Gokū Densetsu, and the Super Exciting Guide – Character Volume — go along with the version put forth in the Dragon Ball Z Afterlife Tournament filler arc and specifically refer to the Dragon Ball universe as containing four galaxies. 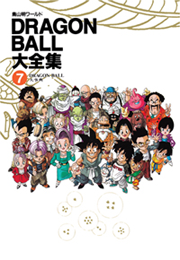 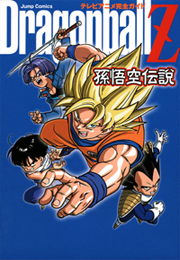 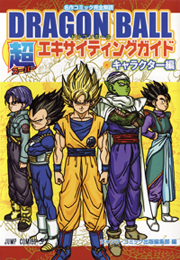 Of these guide books, Daizenshuu 7 is the only one to mention “Areas”. Unfortunately, it does not elaborate on what, if any, difference there is between a Galaxy and an Area. It simply describes both as ways the gods divide up the universe along the four cardinal directions in order to govern, but states nothing on how the two terms relate to each other. Based on the fact that Daizenshuu 7 states that galaxies in Dragon Ball are simply administrative units used by the gods, and therefore have little if anything to do with the real-world astronomical term, “Area” is perhaps the more accurate term used by the Kaiō when talking among themselves, while “galaxy” is the more descriptive term used when talking to the universe’s inhabitants.

The preceding sections above pertain to the original manga, its various animated adaptations, and official guidebooks written to accompany them. The newest series, Dragon Ball Super, complicates the view of galaxies in two ways. First, it reveals that everything previously seen within the franchise was confined to Universe 7 and that the Dragon Ball world actually consists of twelve universes in total. Therefore, even if Universe 7 really does contain a mere four galaxies, the total number of galaxies within the entire Dragon Ball world should be higher than that. More importantly, in Dragon Ball Super episode 31, Jaco explains that the universe contains a tremendous number of galaxies, and that his Galactic Patrol unit only covers the Milky Way Galaxy (天の川銀河). This is the first time this term is ever used within the Dragon Ball franchise. 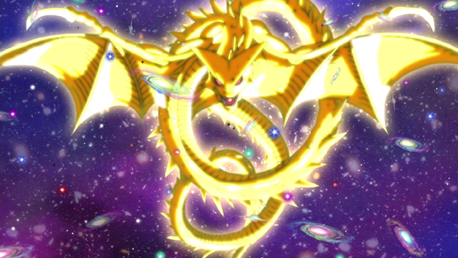 In addition, the titanic body of Super Shenlong — as first shown in Dragon Ball Super episode 41 — dwarfs what appear to be a number of nearby galaxies, thereby seeming to show that Universe 7 contains more than four galaxies. Dragon Ball Super itself consistently depicts Universe 7 as containing countless galaxies, in contrast to Dragon Ball Z where it was stated there were only four. As outlined above, while this contradicts the Dragon Ball Z Afterlife Tournament filler arc and various guidebooks, it can still be consistent with the original manga itself if one interprets the ambiguous Japanese wording there to mean that North Kaiō oversees the “northern galaxies”. On that assumption, it makes sense to resolve the galaxy/area conundrum from before by saying that North Kaiō is in charge of the North Area, which contains numerous galaxies (the northern galaxies), one of which is the Milky Way Galaxy.

Regardless of whether North Kaiō is in charge of a single North Galaxy or multiple northern galaxies, there is also the issue of how Kaiōshin fits into this equation. When Kaiōshin first appears with Kibito at the 25th Tenka’ichi Budōkai, Piccolo explains that Kaiōshin serves as a god to the gods and stands above even the Dai Kaiō. In his explanation, Piccolo speaks as though there is only one Kaiōshin who oversees all of the Kaiō. However shortly thereafter, when explaining Majin Boo to Goku and company, Kaiōshin himself reveals that there were originally five Kaiōshin, all of which besides himself were killed by Boo. It is not until just before the final battle with Boo that Kaiōshin even further expands upon this, stating that the five Kaiōshin were organized just like the Kaiō, with four Kaiōshin for the cardinal directions, ruled by one Dai Kaiōshin. Kaiōshin himself was originally the East Kaiōshin. Throughout this explanation, Kaiōshin does not indicate just what significance these cardinal directions have, other than the already-established designation of specific regions of the universe.

Kaiōshin Recalling the Defeat of the Other Kaiōshin

This again leaves some things open to a bit of interpretation regarding where Kaiōshin actually fit into the governing system of the Dragon Ball universe. Although it is never explained in the series, the simplest explanation is that the Kaiōshin govern the same galaxies/areas of the universe which the Kaiō likewise oversee. This assumption is primarily based on how the Kaiōshin have the exact same titles as the Kaiō and the fact that Akira Toriyama’s map of the Dragon Ball world shows the universe divided into North, South, East, and West areas with no additional sub-divisions. However, the Kaiō had already been established in the series as the overseers of these designated galaxies and offered only a vague explanation of the Kaiōshin’s role, noting they are the gods of the Kaiō (the literal meaning of the term Kaiōshin). Daizenshuu 4 would eventually elaborate more on their role, stating that while the Kaiō only govern the universe of the living, the Kaiōshin govern both the universe and the afterlife where the Kaiō themselves live.

The various Kaiō govern the infinitely expansive universe [of the living world]. This is primarily determined by the cardinal direction, while the Dai Kaiō serves as general manager of the places governed by the Kaiō, and beyond that the Kaiōshin of the North, South, East, and West govern the overall universe. Ultimately, the Dai Kaiōshin supervises the universe in its entirety.
— “Dragon Ball Daizenshuu 4: World Guide” (p. 54)

Akira Toriyama also explains in the Super Exciting Guides that the Kaiō and Kaiōshin are members of a certain race called the Shin-jin (芯人), or “Core People”. They are called this because they are born from inside the fruit of the Kaiju (界樹; “World Tree”) which grows on Planet Kai-Shin (界芯星; “Planet World-Core”). Kaiō are chosen from among regular Shin-jin, while Kaiōshin are chosen only from special Shin-jin born from rare golden fruit. The division between Kaiō and Kaiōshin is therefore based on this natural division in the Shin-jin race.