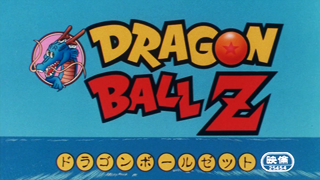 The movie premiered as part of the Summer 1989 “Toei Cartoon Festival” (東映まんがまつり; Tōei Manga Matsuri) on 15 July 1989, along with three other movies from the Akuma-kun, Himitsu no Akko-chan and Mobile Cop Jiban series. The “Toei Cartoon Festival” was established by Toei in 1969 as a way to showcase their popular children’s series as theatrical films during seasonal breaks in the school year: spring vacation, summer vacation, and winter vacation. In Japan, almost all schools below the university level run a three-term school year (trimester system) with a vacation period of several weeks to a month at the end of each trimester. The movies were screened together back-to-back in various cities across Japan, with a typical total running time of roughly three hours. Most festivals would last roughly one month, or as long as the seasonal vacation allowed. Tickets could be purchased at the theater, or discount tickets could be purchased in advance which covered the cost of admission, as well as a bonus item such as a promotional pamphlet describing the featured movies, and various other special presents, such as posters, paper hats, cards, and toys. Additional items, including the official theatrical pamphlet and a variety of other commemorative goods, were available for purchase at cinemas or by mail during this period.

Far off, in a remote location, Piccolo is training for his next battle with Goku. Without warning, he is attacked by a mysterious group of powerful fighters. Back on Mount Pao-tzu, the mysterious group easily defeats Gyūmaō and Chi-Chi, and kidnaps Gohan, who has the Four-Star Ball. Goku returns home to find Chi-Chi beaten up, and learns that Gohan has been taken. Using the Dragon Radar, Goku determines his location and heads out to retrieve his son.

Elsewhere, the leader of the mysterious group is revealed to be Garlic Jr., whose goal is to obtain the seven Dragon Balls and be granted immortality so he can take the throne of God. Nikki is charged with taking care of Gohan, but Gohan is quite a handful. Gohan says he’s hungry, and pulls out a piece of fruit, which he took from a tree outside. Nikki tells him not to eat it, but it’s too late: Gohan has eaten the whole thing. A musical scene with an intoxicated, hallucinating Gohan follows, before he eventually passes out on Garlic Jr.’s throne.

Having gathered all of the Dragon Balls, Garlic Jr. calls forth Shenlong and is granted immortality. Goku arrives and demands they return Gohan, but Garlic Jr. refuses. Goku prepares to fight them, but God suddenly appears. God explains that Garlic Jr.’s father, Garlic, was a man who had previously vied for the position of God, but the former God saw his evil intention and sealed his power away. Goku leaves Garlic Jr. to God, and heads into the palace to find Gohan. Garlic Jr.’s underlings follow Goku to intervene in his search. Kuririn runs in to help Goku find Gohan, but then Piccolo also appears. Garlic Jr.’s underlings are shocked that he’s alive, and a fierce battle is about to unfold, when Gohan wanders in and pees on Kuririn’s head.

Garlic Jr. is having an easy time with God, who has grown old and is not the fighter he once was. God realizes this and decides to take his own life to stop him, but before he can go through with it, Goku and Piccolo arrive on the scene, having defeated Nikki, Sansho, and Ginger. Garlic Jr. transforms, undergoing a massive power up. The battle begins and the two are no match for the transformed Garlic Jr. They shed their weighted clothing and begin to push Garlic Jr. to his limits. Meanwhile, as Kuririn is running away carrying Gohan, he becomes collateral damage in the fierce fight and faints. Gohan falls deep into the bottom of the palace….

Thinking they’ve defeated Garlic Jr., Piccolo and Goku turn to begin their own personal battle, but Garlic Jr. emerges, unscathed. He’s had enough, and generates a Dead Zone to finish everyone off. Gohan hears his father and begins to cry from the rubble. An angry Gohan emerges, revealing his terrifying hidden power. Garlic Jr. can’t believe it, and tries to suck him into the Dead Zone, but it’s no use. Enraged, Gohan blasts Garlic Jr. into the Dead Zone, sealing him inside forever. Goku rushes over to Gohan, who wakes up with no memory of what has transpired (he thinks his father has saved him). Having rescued Gohan, the two fly off on Kinto-Un back to Mount Pao-tzu.

« Previous Movie
Movie Guide
Next Movie »
Connect With Us
Support Us
Your support for Kanzenshuu is what keeps us going. You can help by donating to us directly, or by shopping online at certain retailers through our affiliate links below. Every bit counts and helps contribute to our server fees and bringing you new site content, reviews, and contest items.