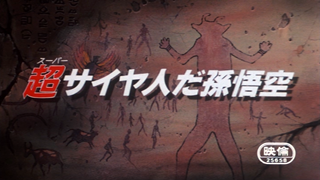 The movie premiered as part of the 1991 Spring “Toei Anime Fair” (東映アニメフェア; Tōei Anime Fea) on 09 March 1991, along with another movie from the Magical Taluluto series. The event originates from the “Toei Manga Festival” that was established by Toei in 1969 as a way to showcase their popular children’s series as theatrical films during seasonal breaks in the school year. In Japan, almost all schools below the university level run a three-term school year (trimester system) with a vacation period of several weeks to a month at the end of each trimester: spring vacation, summer vacation, and winter vacation. The movies were screened together back-to-back in various cities across Japan, with a typical total running time of roughly three hours. Most festivals would last roughly one month, or as long as the seasonal vacation allowed. Tickets could be purchased at the theater, or discount tickets could be purchased in advance which covered the cost of admission, as well as a bonus item such as a promotional pamphlet describing the featured movies, and various other special presents, such as posters, paper hats, cards, and toys. Additional items, including the official theatrical pamphlet and a variety of other commemorative goods, were available for purchase at cinemas or by mail during this period.

Piccolo is peacefully meditating on his own when Gohan and Hire Dragon appear to show off their new whistling dance. Piccolo quickly yells at Gohan to stop, as the high-pitched whistling is hurting his sensitive Namekian ears. Meanwhile, a strange planet is quickly approaching the Earth. Goku and Kuririn attempt to redirect the oncoming planet with a Kamehameha, but it has no effect and the planet simply pushes our heroes aside. The planet suddenly explodes and a spaceship is found to have landed on the Earth. An invasion force under the direction of Slug, a Super Namekian with a heart of pure evil, quickly takes over the surrounding area.

Gohan soon arrives to fight off the invading forces, and is easily dispatching most of them. However, Slug has been observing the battle from inside the spaceship and notices the dragonball on Gohan’s hat. Bulma, Chi-Chi, and Oolong then arrive as Chi-Chi encourages Gohan to fight on, but Bulma insists on knowing Slug’s ultimate goal. After taking Gohan’s dragonball Slug says he plans to use the Earth as a new vehicle, as his has been destroyed. Gohan won’t let this happen, but is easily defeated by Dorodabo and Angira, Slug’s right-hand men. Slug then reads Bulma’s mind and learns of the dragonballs on Earth. He quickly dispatches his men to gather the dragonballs and eventually wishes to have his youth restored.

After some time passes, the Earth’s temperature has drastically dropped as Slug has covered the planet with dark clouds, blocking the sun’s rays. Gohan has recovered, and not giving up the fight to save his planet he returns to challenge Slug. Unfortunately he is still no match and is about to be defeated, but is saved by Piccolo, who easily defeats Dorodabo. However, Gohan has had his energy drained by Medamaccha and Piccolo is seriously injured by Angira while protecting Gohan. Goku suddenly arrives, pulverizing Angira and Medamaccha with his overwhelming strength.

Kuririn pays no attention to Goku’s warning and decides to take on Slug, but is no match for powerful Namekian. Goku and Slug begin a one-on-one duel, but it is soon evident that Slug’s strength surpasses even that of Goku’s. With his back against the wall, Goku summons all of his strength and is overtaken by a golden aura. His Super Saiyan powers have manifested! Goku quickly overwhelms Slug, but the evil Namekian has one last trick up his sleeve – the Super Giant Body Arts technique!

Slug once again turns the table on Goku, but at that moment Piccolo remembers the effects Gohan’s whistling had on him. He rips off his own ears and yells at the beaten Gohan to start whistling. Slug quickly falls to ground in utter pain, releasing Goku from his grasp. Piccolo takes the chance to transfer his remaining ki to Goku, who then flies up over the dark clouds and begins forming a Genki-Dama with the energy from the sun. Slug flies up to stop him, but is hit head-on by the Genki-Dama which sends him crashing into the nearby machine creating the dark clouds. As the clouds disappear, the sun’s rays bring peace back to the Earth once again.

The following original character profiles were translated from Daizenshuu 6, along with additional character design comments from the movie’s character designer, Minoru Maeda, as published in the “Design Lab” section of the “Dragon Box The Movies” Dragon Book.

“There’s a Genki-Dama in Bad Things!!”