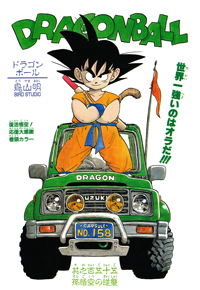 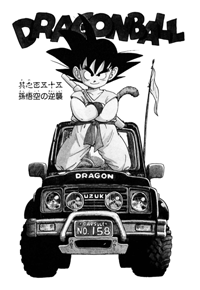 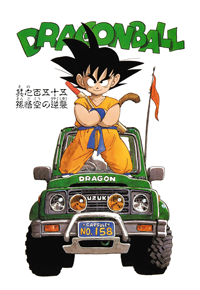 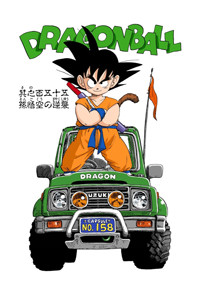 Drum falls to the ground, and Tenshinhan wonders what’s happened to Goku. Piccolo cannot believe he dares defy him again, and Goku insists he’ll defeat him this time. Meanwhile, two little planes depart from Kame House. One has Oolong, Pu’er, and Umigame, and they’re off to collect Kame-Sen’nin and Chiaotzu’s dead bodies. The other has Yamcha, Bulma, and Lunch, and they’re going to go help Tenshinhan. Lunch is all fired up to go help out Tenshinhan, and Yamcha thinks this Lunch (bad) is pretty reliable. But then she sneezes and changes back into her good self, and wonders if they’re going on a picnic.

Piccolo tells Goku he’s powered up since before, and Goku says he has as well. Piccolo wants to end this quickly so he can visit West City, and holds up five fingers, telling Goku he’ll be finished in five seconds. Piccolo comes at Goku, and chops at him, but Goku easily blocks it, much to everyone’s surprise. Piccolo punches at Goku, but Goku easily catches that with his much smaller hand. Then Goku throws Piccolo by his fist into a building, shattering it.

Piccolo gets up from the rubble, and Goku tells him his five seconds are already up. Piccolo is really pissed, and he jumps into the air, then dives down toward Goku, and fires a ki blast at him. But Goku jumps up over it, so Piccolo fires another blast up at Goku. Goku crosses his arms to shield himself, and is merely thrown back a bit by the blast. Goku catches onto a rod protruding from one of the castle’s buildings, and swings off of it back down to the ground. Goku faces Piccolo, who wonders what’s with this brat. 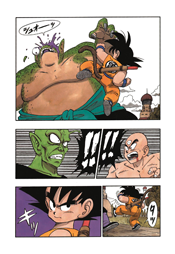 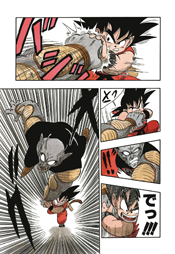 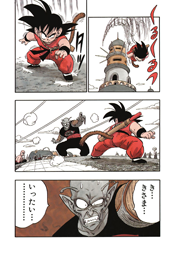