The Case of Being Reincarnated as Yamcha


Beginning in December 2016, popular fan artist dragongarowLEE received his own official spin-off manga published by Shueisha on the “Jump Plus” digital platform. “Dragon Ball Side-Story: The Case of Being Reincarnated as Yamcha” (ドラゴンボール外伝 転生したらヤムチャだった件) was announced to run for three chapters, and is named in reference to Fuse‘s “The Case of Being Reincarnated as a Slime”. 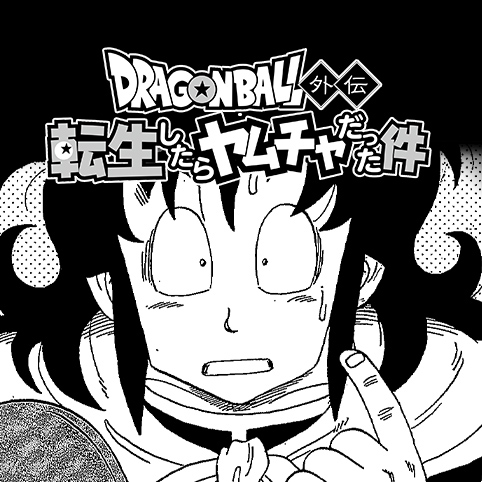 Dragon Ball gets a super-outrageous side-story! And the main character is… him, of all people! Aiming to be the strongest, he challenges himself with stupendous training…?!

This time they’re letting me draw a Dragon Ball side-story manga for Jump Plus. I was worried about what kind of response it would get, but I was surprised that it caused enough of a stir to trend on Twitter. Thank you everyone for reading it! And replying on Twitter (^^) Sorry for keeping it a secret until now.

My editor first gave me the plans for a manga about reincarnating as Yamcha, and I used that as the basis to make my rough draft and original manuscript. Like always, I did everything myself, entirely analog (^^) It’s good that even in this day and age I managed to get by even without a good PC setup.

By the way, it’s planned for 3 chapters total, and I’ll try and have the next installment out by next month, so everyone looking forward to it, please hang on for just a bit m(_ _)m On the official account they went and wrote “he challenges himself with stupendous training?!”, which kind of gives me a higher hurdle to clear lol.

A text splash on the final page of the third chapter confirmed a collected print edition scheduled for November 2017, which was released in both physical and digital editions with additional content.

31 pages
A young man dies while falling down the stairs in pursuit of a girl. He is reincarnated in-universe as Yamcha, and with an encyclopedic knowledge of the series, is able to change the tides of fate in Yamcha’s favor, defeating all six Saibaimen and traveling to Planet Namek to have the Great Elder unlock his potential.

33 pages
The young man, now inhabiting the body of Yamcha, prepares for the battle against Nappa and Vegeta… by traveling to Namek?! While he is well-trained for the forthcoming battle, he does not time things out as well as he could have.

37 pages
The young man comes up against another individual that has also been reincarnated into the Dragon World, and the truth behind their adventures is revealed…!

144 pages
Collected edition of “Dragon Ball Side-Story: The Case of Being Reincarnated as Yamcha” featuring new cover artwork, redrawn visuals, and extra content.
« Original Illustrated Stories
Official Manga Spin-Offs
Neko Majin »
Connect With Us
Support Us
Your support for Kanzenshuu is what keeps us going. You can help by donating to us directly, or by shopping online at certain retailers through our affiliate links below. Every bit counts and helps contribute to our server fees and bringing you new site content, reviews, and contest items.