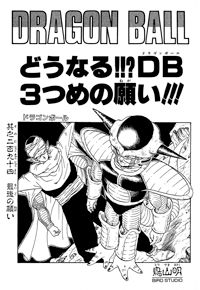 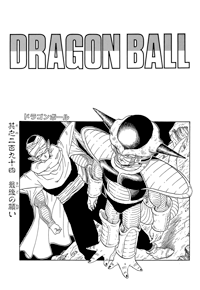 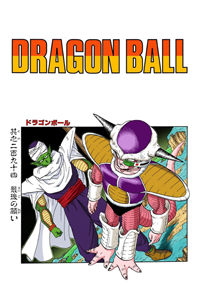 “This is Planet Namek… Yeah… I feel strangely attached to this place… Perhaps it’s the Namekian blood flowing within me that makes me feel like this… Oh! This is no time to be sentimental. I must search for Gohan… Where am I? Damnit… They don’t seem to be around here.” And then he feels an incredibly huge ki, and realizes it must be that Freeza monster. Near him are three other huge ki, which must be Gohan and everyone else, and so he quickly flies off. “The third, final wish still has not been made. Now, speak thy wish.” Vegeta grabs Dende and yells at him to hurry up and make him immortal, unless he wants to be killed by Freeza. Kuririn yells at Dende to grant Vegeta’s wish; Vegeta may be really bad, but Freeza is much worse. Dende agrees to do it, as Vegeta thinks of how great it will be when he becomes the ruler of the universe.

But just before Dende says the wish, Porunga disappears, the sky turns normal, and the Dragon Balls turn to stone. Vegeta wonders what the Hell just happened, and Dende sadly says the Eldest has passed away. Vegeta is livid now, especially at the other two for tricking him. But then they all stop, and notice Freeza is standing atop a small mountain overlooking them. “You’ve sure done it, gentlemen. You’ve done well in crushing my dreams of eternal youth and life. The readings of the Ginyu Special-Squad’s five members don’t show up… Have you killed them? How you did that, I don’t know, but this was a bit unexpected… Even so, in just a breath, the Dragon Balls have turned to stone… How unfortunate for Vegeta, but even more so for me, isn’t it…”

Freeza hops down to the ground, and says he didn’t think it would come to this. He then flies into a rage, and threatens to kill them all. Vegeta dares Freeza to show him his true form, and Freeza decides to do it after all, and begins powering up. Piccolo notices how ridiculously huge Freeza’s ki is getting as he flies along, but then halts when he feels a faint ki nearby. He touches down right next to the beaten Nail, and says, “He’s just like me… A Namekian, huh?” 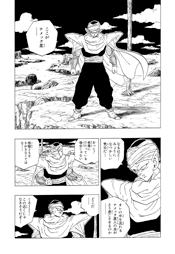 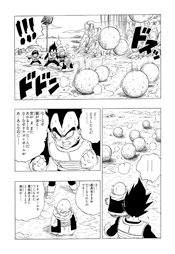 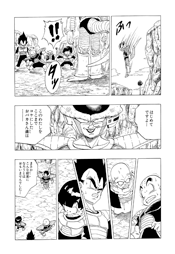