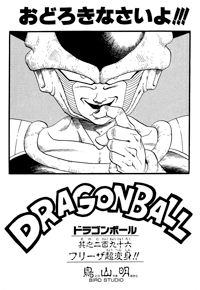 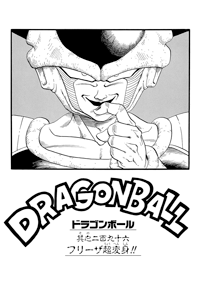 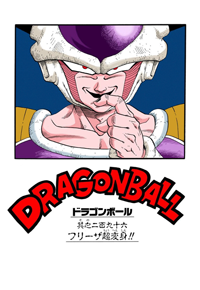 “Well alright…!! If you want to die that much, I’ll show you!!!” Gohan and Kuririn wonder about this transforming business, so Vegeta explains that some aliens hold back their true form to conserve energy. Freeza says he’s different, though, and can’t control himself when transformed. Vegeta says he’s bluffing, but Freeza insists he isn’t. To give them an idea of just how powerful he is, Freeza tells them that when he attacked Planet Vegeta where the Saiyans lived, he defeated the king, Vegeta’s father, without even needing to transform. But Vegeta doesn’t care, since he was stronger than the king when he was just a brat. Freeza powers up a bit, just to bust off his battle jacket. Vegeta laughs and says taking off his clothes isn’t much of a transformation. But then Freeza starts to really power up, and his body begins to grow much larger, and his horns become longer. Freeza says to be careful, as he won’t be kind like before. And now that he’s transformed, his battle power should be over a million now.

Freeza lifts his hand up, and causes the whole island to explode. Vegeta and Gohan make it away safely, and so does Kuririn, who is holding Dende. Kuririn’s head is bleeding, but just from a rock fragment hitting him. Freeza compliments them on dodging that, and then wonders which one of them he should send to Hell first. He’s made his decision, and flies straight into the air, impaling Kuririn through the stomach with his horn. 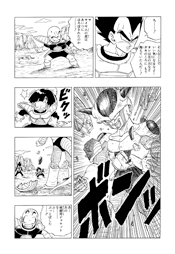 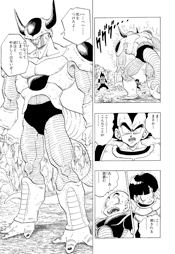 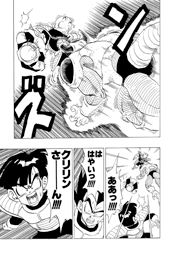