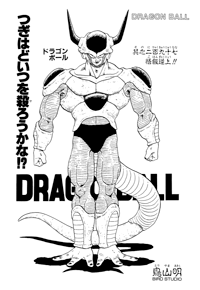 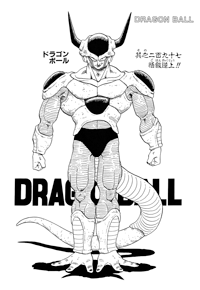 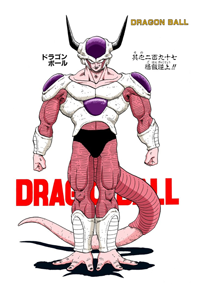 Gohan in a Frenzy!!

Gohan yells out to Kuririn, while Vegeta thinks he was an idiot for being preoccupied with the Namekian brat. Freeza starts to shake Kuririn around, and then tosses him into the sea. Gohan tries to fly down after him, but Freeza gets in his way. Freeza tells Gohan it’s pointless to try to save him, but Gohan screams at Freeza to get out of the way. Gohan suddenly kicks Freeza in the face, punches him with an upper cut, and then drives both fists into Freeza’s stomach. Gohan kicks Freeza off, and then fires a huge blast at him, sending Freeza into the ground. Gohan continues his assault and fires off a whole bunch of blasts down at Freeza, as Vegeta watches in pure shock. Gohan finally stops and catches his breath, while Vegeta thinks about how much power he lets out when he’s in a frenzy, and thinks perhaps the brat is actually the closest to being a Super Saiyan.

Gohan looks down for Kuririn, but he sees Dende in the water holding Kuririn, and Dende says he’s still breathing. Vegeta says there’s no time to worry about that, because Freeza isn’t dead either. Gohan looks over and sees Freeza standing up. Freeza says he has done well, but his little anger just wasn’t enough. Vegeta thinks they’ve been naive. Speaking of naive… Goku, still in the medical machine, hopes for everyone to hold on a little longer while he heals. And elsewhere, Piccolo continues flying along, noticing how Freeza has gotten stronger. “I’m on my way, Gohan!!!!” 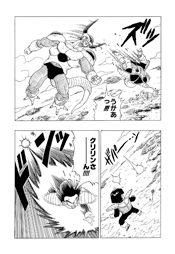 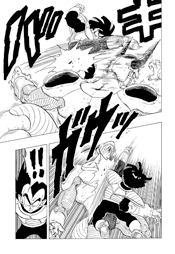 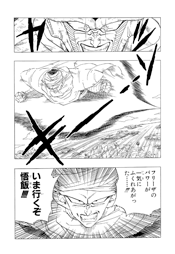