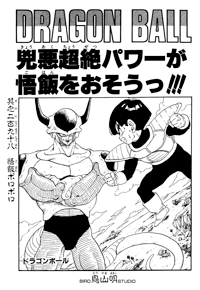 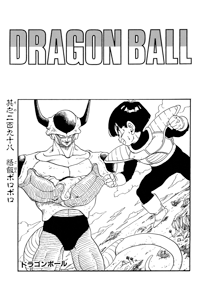 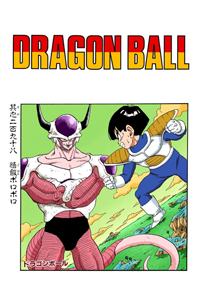 Gohan realizes Freeza is getting stronger, and Vegeta says he can control his battle power. Freeza says he’ll return the damage he’s received exponentially, and flies up next to Gohan, as Dende drags Kuririn’s body to dry land. Freeza then smacks Gohan down into the ground, and remarks how he wants to have some fun before he kills him. Vegeta frantically fires a huge blast at Freeza from behind, and thinks he was successful. But when the smoke clears, Freeza is undamaged. Freeza tells Vegeta they can play as soon as he finishes off this little runt.

Vegeta thinks they’re doomed, as Freeza lands down on the ground next to Gohan. Gohan tries kicking and punching at him, but Freeza blocks them both. Freeza grabs Gohan by the hair, then knees him in the gut and tosses him to the ground. He kicks Gohan, and prepares to step on him, but Gohan suddenly blasts the ground and shoots himself into the air. But Freeza instantly gets up in the air behind Gohan, and whacks him back down to the ground with his tail. Gohan gets back on his feet, but Freeza isn’t up in the air. Instead he’s behind Gohan, and elbows him in the back of the head, knocking him down again. Freeza puts his foot on Gohan’s head, and Gohan screams as Freeza presses down hard, preparing to crush him like a grape. 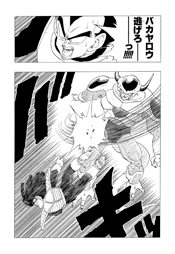 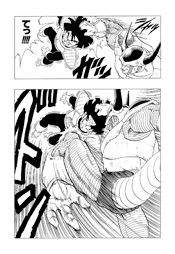 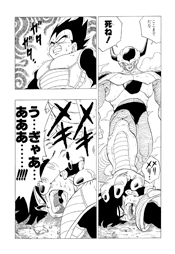