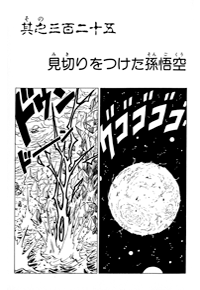 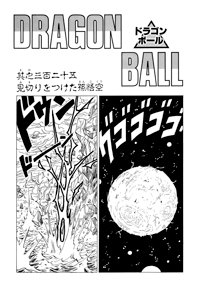 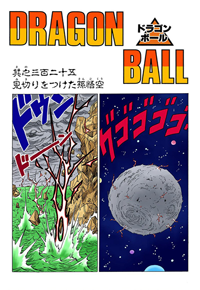 Namek is approaching destruction, and Goku ducks a punch from Freeza, then punches Freeza right in the gut. Freeza coughs, then strikes Goku, and sends him flying with a kick. Goku catches himself and kicks off of a mountain, and flies back toward Freeza with a kick. But he flies right past Freeza, so instead he hits Freeza with a back kick, and Freeza scrapes across the ground. Freeza starts to get up, but Goku hits him a few more times, and Freeza scrapes across the ground some more. Freeza starts panting, and then Goku says that’s enough. Freeza asks what he means, and Goku explains that at 100% power, his ki is rapidly decreasing. So Goku thinks it’s pointless to fight any further. And he figures Freeza’s pride has been damaged enough, the fact that he’s been surpassed, and by a Saiyan, no less.

Goku says he’s going home to Earth now, and then powers down and his hair turns black again. “Don’t do anymore evil. I don’t wanna see your face again.” Goku starts to fly away, but Freeza gets pissed and throws a Kienzan-type attack at Goku. Goku moves out of its way, but it manages to graze his cheek. Goku thinks Freeza’s stupid, and turns back into a Super Saiyan again. Freeza directs his Kienzan so that it chases Goku through the air, and laughs that it can follow him anywhere, and cut through anything. Goku says he’s misjudged Freeza if this is his final technique, and then flies toward Freeza with the Kienzan chasing him. Freeza figures he’s intending to bring it back so it targets him instead, but says that’s a dumb plan. 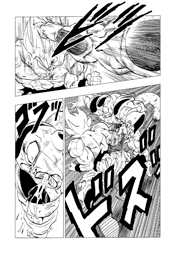 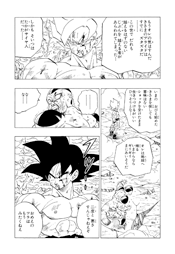 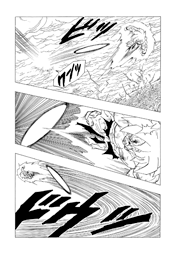