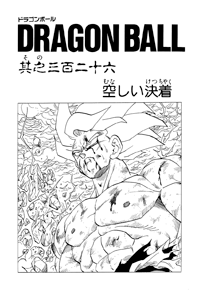 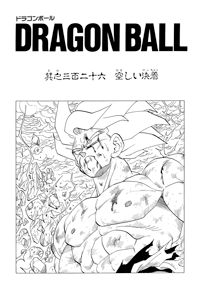 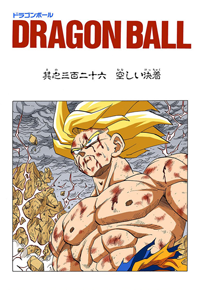 Goku continues toward Freeza, but then darts straight up. Freeza sends the Kienzan after him, and it seems to hit… but only an afterimage. The real Goku is behind Freeza. Freeza calls his disc back, as Goku tells Freeza that’s a pathetic technique and he needs to refine his abilities. Freeza gets pissed, and says “How about two?!!!!!”, making a second disc in his other hand. Goku flies away, and they both chase after him. Goku flies toward Freeza again, and Freeza says he’s using the same pattern. But Goku shoots a small blast that creates a big cloud of dust, and Freeza just barely manages to jump over one of the discs. But then Goku elbows Freeza back down to the ground. Freeza starts to stand up, and the other disc is just behind him. Goku yells not to stand up and get down. But it’s too late, and the disc slices straight through Freeza’s tail, stomach, and left arm. Freeza lies on the ground, in pieces.

Goku mentions that this is a “you get what you deserve” type of thing, and it’s a pitiful ending for him. Goku starts to walk away and says he’s going back to Earth now, and Freeza can stay here and share the fate of the planet he destroyed. “I… beg of you… help me… Please help me…” Goku turns around and asks how many of the people he killed begged for their lives. “I… beg of you…” And then Goku gives Freeza a little bit of his own ki, enough to move again, and tells him to make use of it. 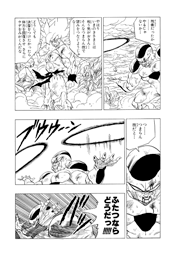 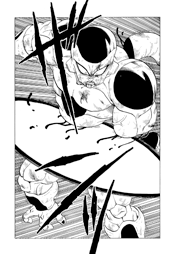 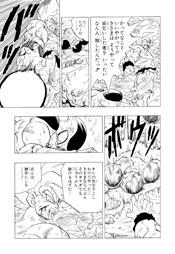