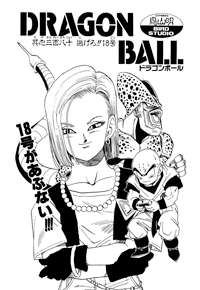 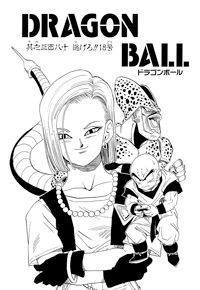 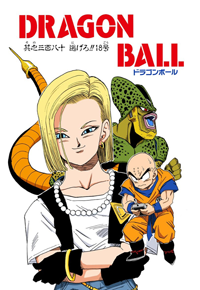 Kuririn thinks that he has to use this controller to stop No. 18 and destroy her so Cell can’t absorb her. He remembers when she kissed him on the cheek, and then he drops the controller. No. 18 hears it drop and looks over at him. She sees the controller, and knows what it is, wondering why he has it. Cell tells Vegeta that he knows how Saiyans are a fighting race, and they love to battle. So the stronger their opponent, the happier it makes them. He figures Vegeta would like to fight him in his perfect form, and Vegeta says he knows the Saiyans well. Vegeta says he’ll fall for his trick, so go ahead and become perfect. Cell flies off, but then Trunks, now Super Saiyan, gets in Cell’s way. Kuririn apologizes to Bulma, and then steps on the controller, smashing it. Then he tells her to run away and not get absorbed. She asks him why he did that, but Kuririn can’t answer. Cell yells at Vegeta about Trunks being in the way, but then he suddenly spots No. 18 on the island. 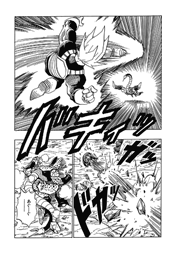 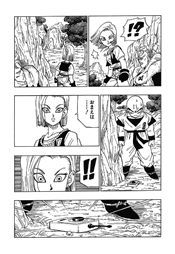 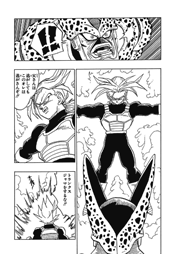