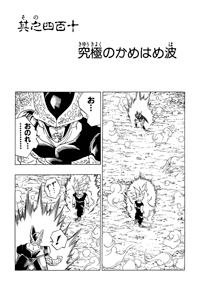 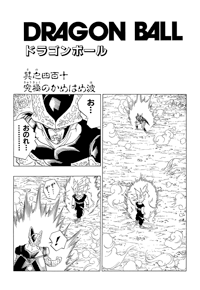 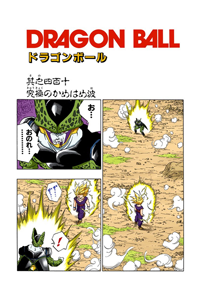 Cell is frustrated at what’s happening, as Gohan walks over to him. Cell kicks at him, but Gohan just holds off his leg. Gohan uses this opening to kick Cell in the face and sends him sliding across the ground. Cell gets back to his feet, looking scared. He can’t believe that someone stronger than him could exist, but then smiles and gets an idea. Cell takes to the sky, and starts powering up a Kamehameha with all of his power, aimed directly down at Gohan. If Gohan moves, the Earth will be whipped out. Everyone freaks out, except Gohan, and then Cell launches it. It’s a very large Kamehameha, and Gohan just calmly says, “Kamehame…” It gets much closer to him, and he screams “Haaaa!!!!!” Gohan’s Kamehameha pushes Cell’s back into the air, with the force of all this knocking everyone back. Cell is hit full on, and the Kamehameha shoots out into space. Cell’s left arm, left leg, half of his right leg, and the tips of his head are all missing. Gohan looks on, smirking. 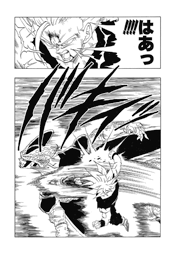 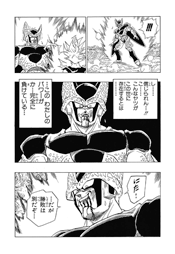 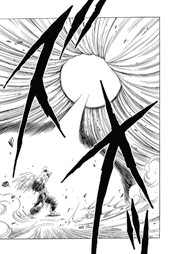