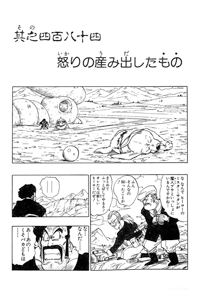 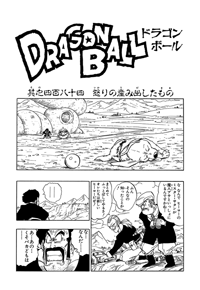 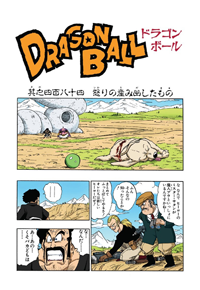 That Which is Brought Forth by Anger

The cohort wonders why Mister Satan would be with Majin Boo, but the sniper says it doesn’t matter; they’ll just kill him and be the new heroes. Satan spots them atop a cliff, but the sniper then fires a rocket at the house. Satan manages to get away, and they celebrate their victory. But when the smoke clears, Boo is unscathed, and very angry. The sniper prepares to fire again, but suddenly, the cohort is knocked out. Satan is also very angry, and next beats the hell out of the sniper. Boo calms down, since the bad guys are taken care of, and Satan heads back toward the remains of the house. Satan notices that the puppy is still alive, and Boo quickly rushes over to heal him. The two jump for joy, happy that the puppy is okay.

Dende and Piccolo have been watching from up above, and Piccolo wonders why that windbag is with Majin Boo. Dende seems hopeful that they may not even have to fight, but Piccolo says Boo is still dangerous. Suddenly, the sniper gets back to his feet, shoots Satan with a handgun from his back pocket, and then runs off. Boo is unbelievably angry now, and is letting off a lot of steam. He puts the puppy down and heals Satan, who thanks Boo for saving him. Boo weakly tells him to run far away with the puppy, or they’ll die. Satan doesn’t understand, and Boo yells at him to just hurry. Satan runs off with the puppy, as Boo’s steam forms into a giant cloud overhead. The cloud then begins to take shape, and everyone is worried about what’s happening. 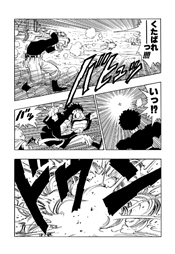 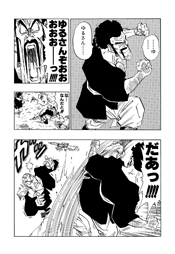 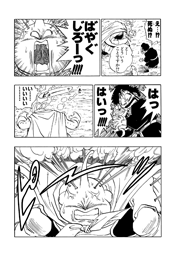