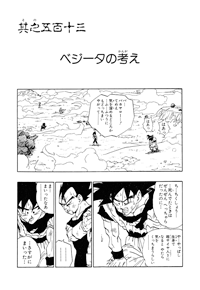 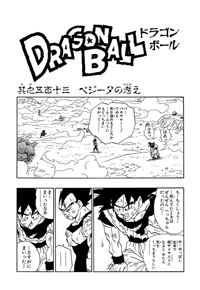 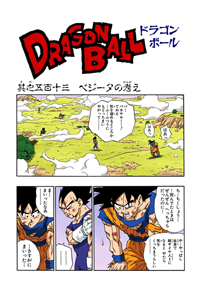 Vegeta calls Goku a dumbass for not being able to gather his ki, and additionally, he’s returned to normal! Goku says it was much easier when he was dead, and Super Saiyan 3 really eats up the ki of a living body. Goku thinks this is a real bummer, and gives in. The two Boos stare each other down, and then rush at one another. The evil one elbows the good one into the ground, and then puts him in a headlock. The fat one can’t escape, so Satan runs over and tries to attack the evil Boo. The evil Boo swats him away, and the good Boo manages to break free of the headlock and slams the evil one into the ground. The good one attempts to turn the evil one into chocolate, but the evil one dodges the beam and blasts the good one from behind.

The good Boo regenerates, and the two begin exchanging blows again. Goku thinks the situation doesn’t look too good at this rate. Vegeta is silent for a bit, but then suddenly calls out to the Kaiōshin and Dende. They’re all watching via the crystal ball, and say they can hear him. Vegeta tells them to go to the restored Planet Namek immediately and gather the Dragon Balls; there’s no time to explain. Old Kaiōshin is hesitant, but Dende scolds him that they don’t have a choice. Old Kaiōshin finally concedes, and Kaiōshin says he’ll take them. Goku asks Vegeta what he’s up to, since it’s too soon to use the Dragon Balls now. Vegeta asks him how many times he’s saved the Earth, and Goku isn’t really sure. Vegeta says it’s time the Earthlings take responsibility for themselves. The gods and Bee, meanwhile, arrive on Planet Namek, and all the Namekians are gathered to greet them. They even have the Dragon Balls with them.

Dende relays this to Vegeta, and he tells him to call out Porunga right away. There’ll be two wishes. First, to restore the destroyed Earth to normal. Next, to return to life everyone who’s died since the day of the Tenka’ichi Budōkai, save the really bad people. Make both of those wishes, right away. Dende is concerned, but Goku tells him he should go along with whatever idea Vegeta has. Dende asks about the third wish, but Vegeta says it doesn’t matter; wish for whatever they like. Goku asks Vegeta if it wouldn’t have just been easier to say, “return to life the people who were killed by Boo” for the second wish. Vegeta says that would’ve brought back Bobbidi and Dabra, and none of the people Vegeta killed at the Budōkai.

Goku is impressed with Vegeta’s thinking. Dende suddenly freaks out and remembers that Porunga can revive only one person per wish. Muri reassures them that he’s powered up Porunga since the matter with Freeza. Then, Porunga is called. Muri wants Dende to make the wish, pending he still remembers the Namekian language… Dende makes the first wish, and Porunga gives an English “okay”, with the okey-dokey hand gesture. Out in space, Earth has returned! 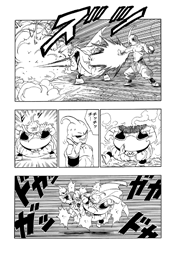 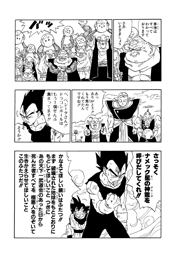 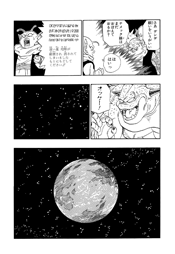