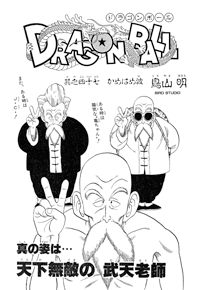 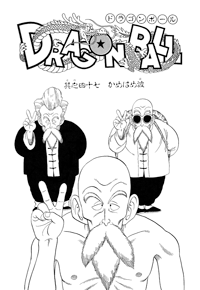 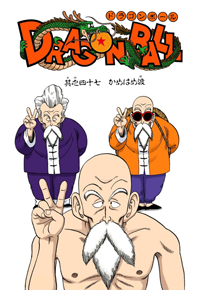 Jackie’s coming at Goku, but Goku jumps out of the way at the last second. Jackie back flips up into the air, and kicks Goku far off into the distance. Jackie lands back in the ring, and Kuririn and Yamcha are worried that it’s a ring out already, since Goku can’t use Kinto-Un again. Jackie starts celebrating his win, thinking Goku was stupid, but then the audience spots something. Bulma, Oolong, and Pu’er are excited, because it’s Goku, and Jackie looks up in shock. Goku’s tail is spinning like a helicopter, and he’s slowly coming back to the ring.

Jackie’s pissed that he got lucky with that tail, and Goku brings up that he used a Kamehameha to fly earlier. Jackie says he’s going to show Goku the power of an experienced Kamehameha, and so he fires one at Goku. Goku counters it with his own Kamehameha and the two collide midway. They disappear, knocking both Jackie and Goku back. Goku says it was a Kamehameha Gaeshi, and Jackie can’t believe it. Jackie thinks he’ll have to come up with a new strategy to beat Goku. 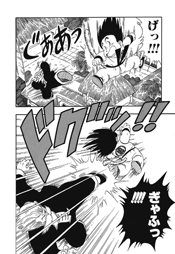 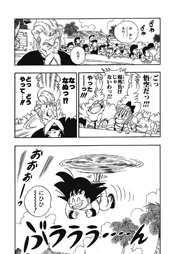 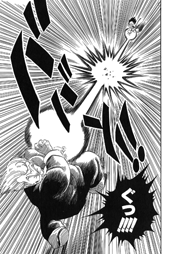