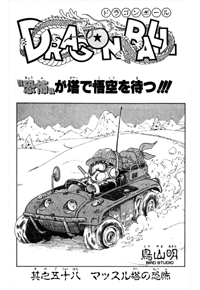 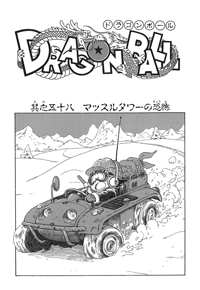 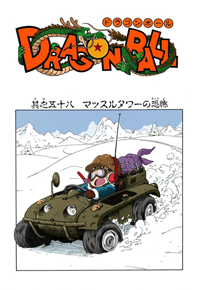 The Terror of Muscle Tower

As Goku wonders where the village mayor is, White begins talking to him through the PA system. White asks what he wants at this tower, so Goku says he’s come to help the village mayor. White tells him to come inside through this door; the mayor is on the top floor. Goku enters, and there are four guys on this floor, whom White tells to do what they want with this brat. A bearded guy kicks at him, but Goku easily dodges and kicks him into the wall, knocking him out. Two more guys come at him, and Goku takes one out with an elbow, and the other with a kick. The last guy fires at Goku with a gun, but Goku uses Zanzōken and leaves an afterimage in the line of fire. The real Goku is behind him, taps him on the back, and then punches him through a card table.

Goku thinks it’s really hot in here, so he takes off the winter coat and hat. In the control room, a ninja is now watching over things with White on the monitor. He tells White that the technique the kid just used was Bunshin no Jutsu. White asks him if he thinks the kid will make it up here. The ninja says on the ten thousand to one chance that he beats Sergeant Metallic on the third floor, who has never been beaten, there’s no way the kid will beat him on the fourth. White’s a bit disappointed that he won’t get his own hands dirty. He informs Metallic that the brat is on his way.

Goku climbs up the stairs, and Sergeant Metallic, a very large, Terminator-looking guy, welcomes him. After a bit of talking, Metallic throws a punch towards Goku, but his fist just hits the floor. Goku is up on the ceiling, hanging from a chain, and he drops down onto Metallic’s shoulder and punches him in the face, knocking him down. Goku prepares to head upstairs, when Metallic grabs Goku from behind with his huge hands, and starts squeezing him. But Goku powers up and breaks free, and jump kicks Metallic into the wall. Metallic gets back up again, and Goku can’t believe it. 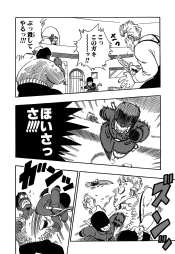 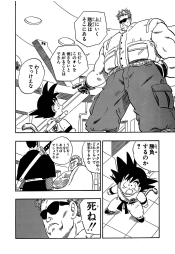 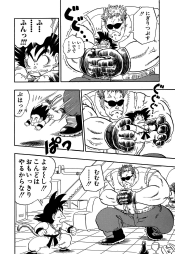