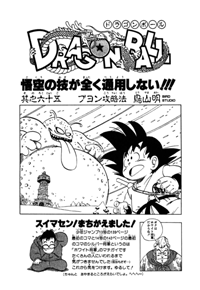 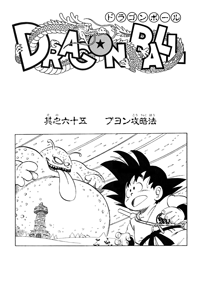 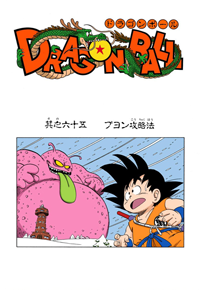 How to Defeat Buyon

Goku’s really worried, and then White calls out that he’ll give him another chance to give up the Dragon Ball and radar, but Goku still refuses. White tells Buyon to kill them, and he rolls his tongue out again, this time grabbing Hatchan. But Goku runs over and kicks Hatchan free just in the nick of time. This time, Goku flies straight at Buyon with a headbutt, but he just gets bounced back face first into the wall again. Goku’s at a loss, and tries to think of what to do again. He suddenly remembers the red-haired girl from the village explaining what it means to be frozen, and Goku declares his victory.

Goku confidently walks over to the wall and punches a hole in it, letting the cold in. Goku quickly runs away shivering, and hops into Hatchan’s jacket. Goku hides in there for a while as the cold blows in, until Buyon is frozen solid. Goku hops out of Hatchan’s jacket and runs over, kicks the frozen Buyon, and runs back into Hatchan’s jacket as Buyon shatters. Goku hops out of his jacket again, and jumps straight up through the ceiling, into the sixth floor. White can’t believe this. Goku pulls out his Nyoi-Bō and makes it extend down the hole so Hatchan can grab onto it, then makes it retract to pull Hatchan up. White fires at Goku with a revolver as it retracts, and they’re direct hits. But the shots just make Goku mad, and he tells the worried White how much they hurt. Goku tells him to give back the village mayor or he’ll knock him out! 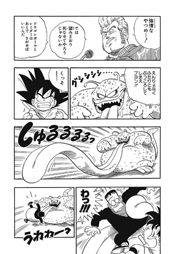 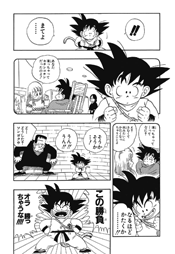 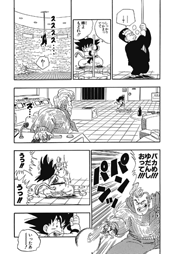