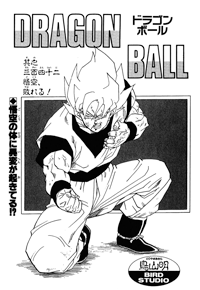 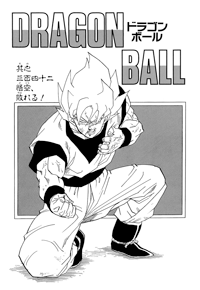 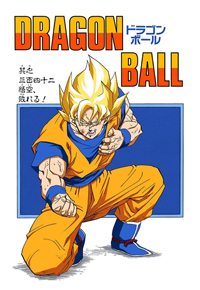 No. 19 flies up at Goku, punches at him, and Goku just barely dodges. No. 19 dodges a punch from Goku, and then knees Goku in the stomach. Goku elbows No. 19 in the face, but No. 19 just laughs and whacks Goku across the face, then hammers Goku down toward the ground. But Goku catches himself just before he crashes, and puts his hands in a Kamehameha formation. Piccolo yells not to fire, so Goku stops and gets pissed, panting really really hard now. Yamcha wonders if he’s had so much ki absorbed, but Gohan notices him clutching his heart. Gohan screams that it’s the heart disease. Kuririn think it’s just his ki getting sucked, and then tosses him a senzu, as Goku wonders what’s wrong with his body. Goku thanks him and eats it, and No. 20 recognizes the senzu. No. 19 shoots some eye lasers at Goku, causing an explosion, but Goku flies out of the way. No. 19 flies next to him though, and punches Goku, sending him flying.

Goku is still panting, and everyone freaks out that the senzu was ineffective. Kuririn asks why he didn’t drink his medicine, and Gohan says the disease never surfaced, so he never drank the medicine. No. 19 kicks Goku, and knocks him back a bit. Then Goku de-transforms back to normal, and No. 19 sits on top of Goku and grabs his neck. Piccolo notices his energy is being absorbed now, and he and the others all fly to help him. But No. 20 gets in their way. He says he won’t let them go one centimeter further than this. Piccolo doesn’t care, and kicks at No. 20, but No. 20 blasts Piccolo in the chest with eye lasers, and Piccolo falls to the ground. No. 20 says Piccolo was more reckless than brave. No. 19 keeps absorbing away, until someone suddenly kicks him in the face, knocking him off of Goku. Everyone is shocked, and turns and looks. “Defeating Kakarrot is a privilege that belongs to me. It’s not time for you junk dolls to take the stage.” Vegeta has finally appeared! 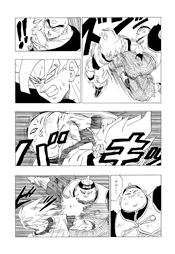 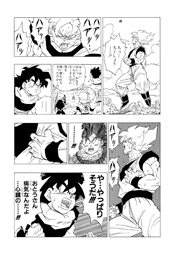 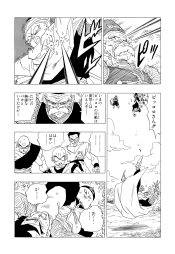